A group of young Nepali children stand on the terrace of a small hut where they live in the village of Rip in the Gorkha district of central Nepal, one of the 75 districts of modern Nepal. The kids gaze into many directions while two village elders attend to domestic chores in the dirt. Beyond them, we see snow capped peaks of Himalayan mountains. Gorkha has lent its name to the Gurkha soldier, from where young teenage boys are typically recruited for service into the British army, a tradition that goes back to the Indian Mutiny of 1857 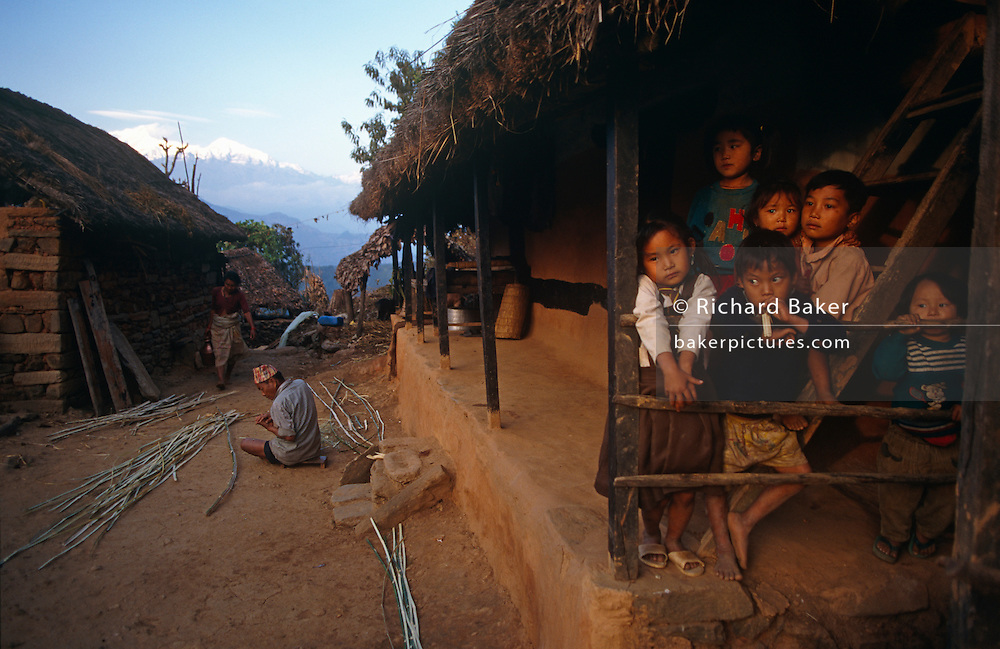