We look down on the zigzag of passenger jetties that transport air travellers from their aircraft, towards the arrivals concourse in Heathrow Airport's Terminal 5. A series of walkways that are covered from above but which have window light to the side are connected to the fuselage of a British Airways 747-400 series airliner that is parked at its gate on the apron of this aviation hub. These jetties are owned by the airport operator, used by British Airways and sponsored by HSBC. Air travellers walk briskly after their long-haul flight either carrying light carry-on bags or towing small cases on wheels. At a cost of £4.3 billion, Terminal 5 has the capacity to serve around 30 million passengers a year. From writer Alain de Botton's book project "A Week at the Airport: A Heathrow Diary" (2009). .. 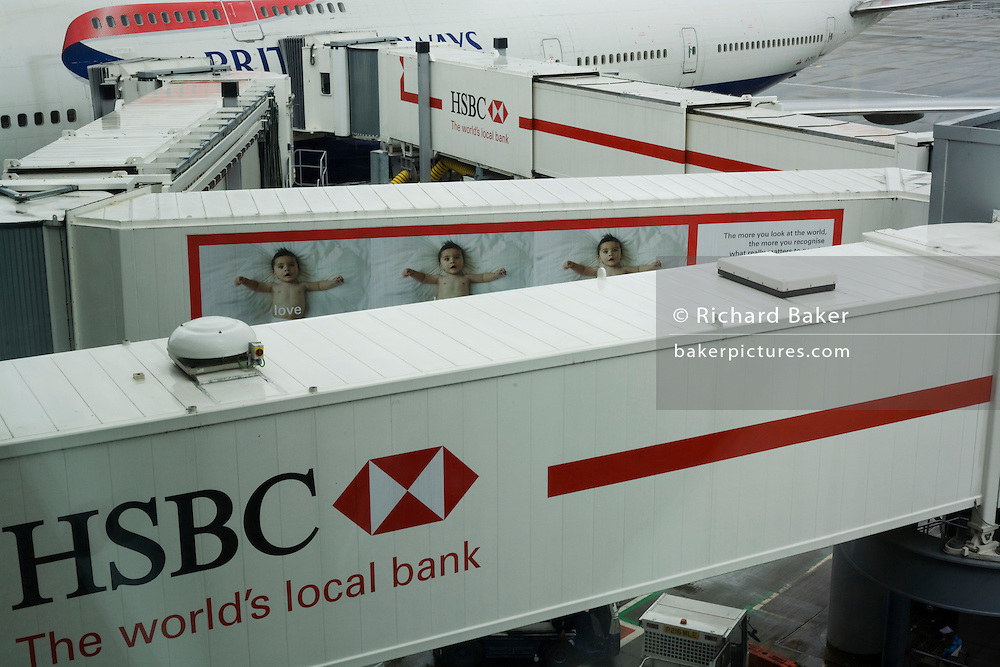