A portrait of the satirical puppet of Margaret Thatcher with Spitting with Spitting Image co-creator Peter Fluck and wears a blue Conservative rosette and For Hire sticker, on 20th March 1992, in London England. Peter Nigel Fluck is a caricaturist and one half of the partnership known as Fluck and Flaw (with Roger Law), creators of the satirical TV puppet show 'Spitting Image'. 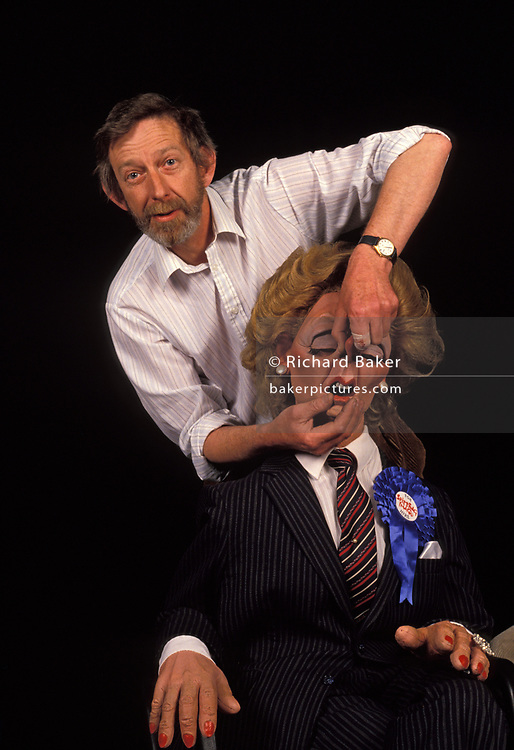