A lone pensioner sits in one deckchair among many before an outside concert at at Kenwood House, North London. Set in leafy grounds beside Hampstead Heath, these grounds were remodelled by Robert Adam between 1764 and 1779. English Heritage host Summer concerts here and families and music fans spend war summer evenings listening to opera, classical or series of themed performances by visiting artists and groups. Here is also the source of one of London's lost rivers, The Fleet which rises here and flows downhill into the city where it becomes part of the sewer system, emerging in the Thames at Blackfriars. Extended caption .. 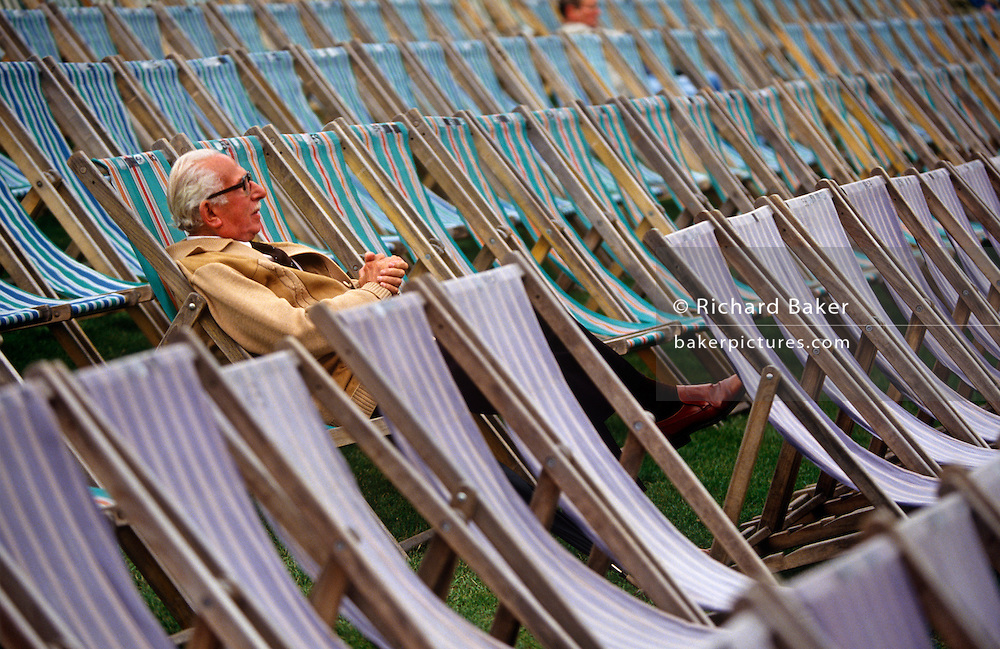