A visitor to Oshkosh Air Venture, the world?s largest air show in Wisconsin USA, stands by an A-10 Thunderbolt Tank Buster or Warthog. Wearing a t-shirt depicting a Cherokee Indian and a Bald Eagle, the tourist awaits family as aviation enthusiasts climb steps to the aircraft's cockpit. The Fairchild-Republic A-10 Thunderbolt II is a single-seat, twin-engine jet aircraft designed to provide close air support of ground forces by attacking tanks, armoured vehicles, and other ground targets. It has also been involved with British friendly fire incidents in Iraq. Close to a million populate the mass fly-in over the week, a pilgrimage worshipping all aspects of flight. Picture from the 'Plane Pictures' project, a celebration of aviation aesthetics and flying culture, 100 years after the Wright brothers first 12 seconds/120 feet powered flight at Kitty Hawk,1903. 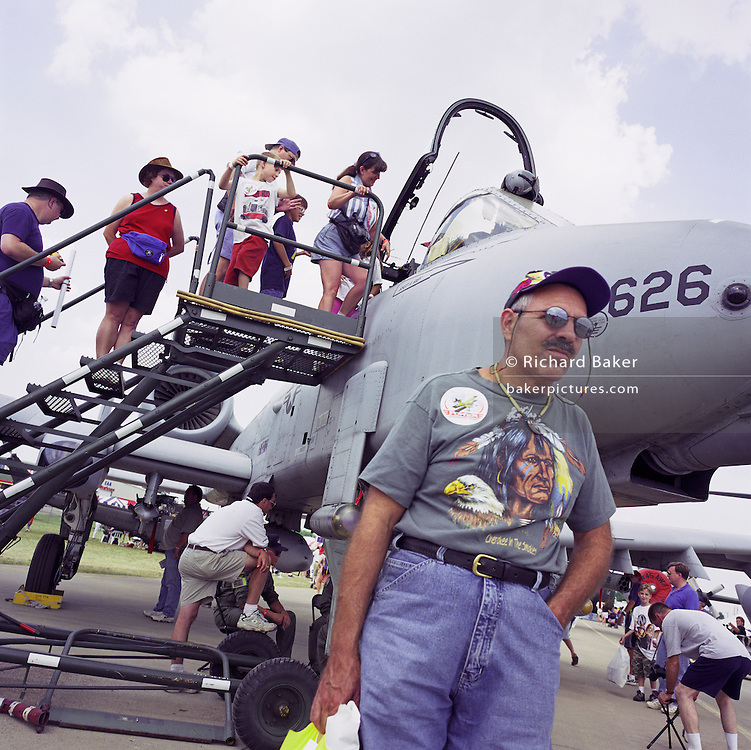