Surrounded by books is British Roman Catholic journalist, historian, speechwriter and author, Paul Johnson portrait at home. Paul Bede Johnson (born 2 November 1928) is an English journalist, historian, speechwriter and author. He was educated at the Jesuit independent school Stonyhurst College, and at Magdalen College, Oxford. Johnson first came to prominence in the 1950s as a journalist writing for, and later editing, the New Statesman magazine. A prolific writer, he has written over 40 books and contributed to numerous magazines and newspapers. While associated with the left in his early career, he is now a conservative popular historian. His sons are the journalist Daniel Johnson, founder of Standpoint, and the businessman Luke Johnson, former chairman of Channel 4.. 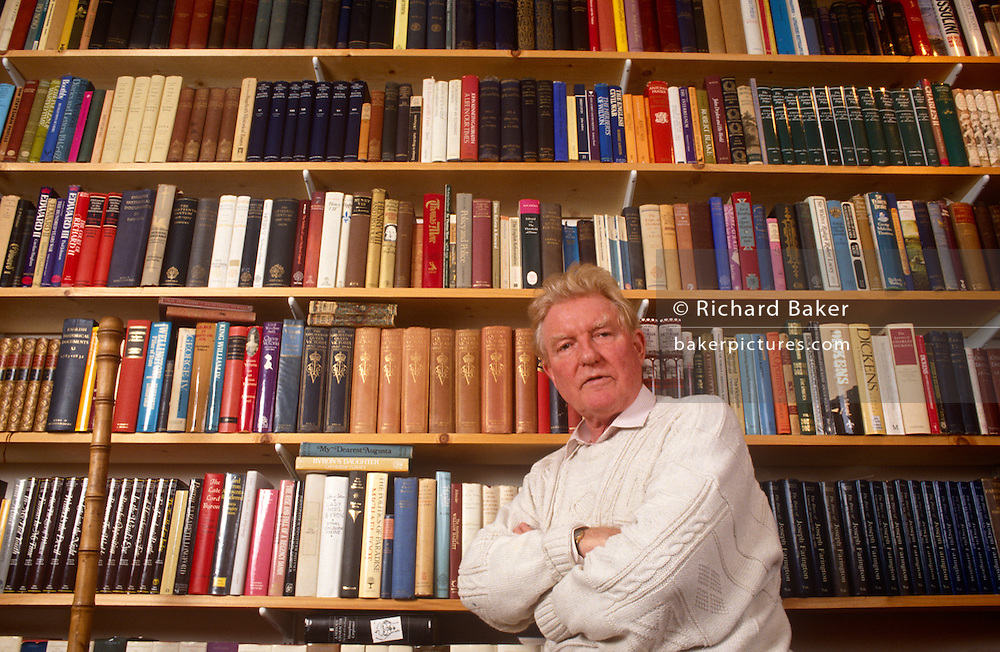