With the companionship of a pet dog, an elderly gentleman reminisces about the good old days with a life-long buddy at Alexandra Terrace, in the south Wales town of Abertillery (Welsh: Abertyleri). Together they lean against a stone wall of a road above and look down the hill of their street they may have lived all their lives. In the distance, a younger generation of young girls play at the far end. The men might once have been working men, old coal miners like many folk in this community whose population rose steeply during the period of (now defunct) mining development in South Wales, being 10,846 in 1891 and 21,945 ten years later. Lying in the mountainous mining district of the former counties of Monmouthshire and Glamorganshire, in the valley of the Ebbw Fach.. 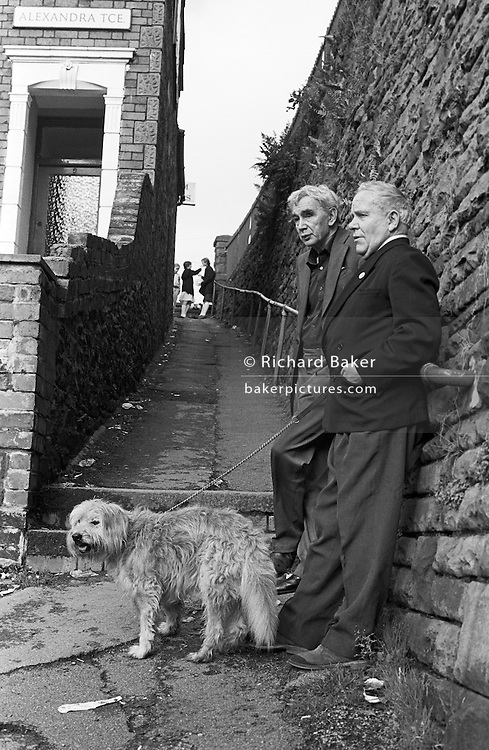