Modern town of Olympia. A resident of modern Olympia makes her way down the main street of the trinket town past a tourist a tourist graphic of the original pentathlon. Where the ruins can now be visited few miles away, the ancient Olympics were born. The 29th modern Olympic circus came home to Greece in 2004 and the birthplace of athletics was among the woodland of Ancient Olympia where for 1,100 continuous years, the ancients held their pagan festival of sport and debauchery. The modern games share many characteristics with its ancient counterpart. Corruption, politics and cheating interfered then as it does now and the 2004 Athens Olympiad will echo both what was great and horrid about the past. 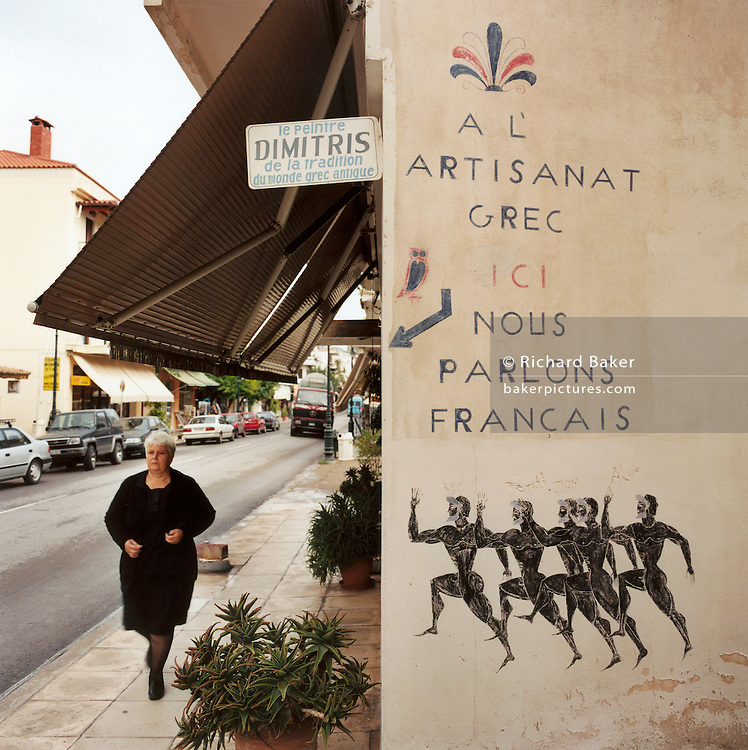