The ancient Egyptian obelisk known as Cleopatra's Needle, on the Enbankment WC2. It is made of red granite, stand about 21 metres (68 ft) high, weigh about 224 tons and are inscribed with Egyptian hieroglyphs. They were originally erected in the Egyptian city of Heliopolis on the orders of Thutmose III, around 1450 BC. Cleopatra's Needle is the popular name for each of three Ancient Egyptian obelisks re-erected in London, Paris, and New York City during the nineteenth century. Although the needles are genuine Ancient Egyptian obelisks, they are somewhat misnamed as they have no particular connection with Queen Cleopatra VII of Egypt, and were already over a thousand years old in her lifetime. The London "needle" was originally made during the reign of the 18th Dynasty Pharaoh Thutmose III but was falsely named "Cleopatra's needle". 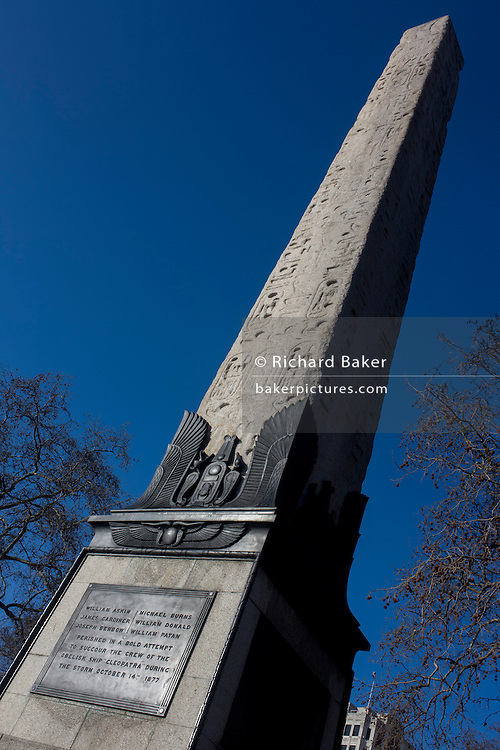