An airport worker employed by SABTCO guides an arriving Airbus onto its stand at Bahrain International Airport. The man carefully encourages the slow-moving flying machine using his illuminated sticks alerting the pilot in control of this commercial airliner to an exact stopping place after its taxiing from the runway. It is another hot day in this Gulf State, a key hub airport in the region, providing a gateway to the Northern Gulf. The airport is the major hub for Gulf Air which provides 52% of overall movements. It is also the half-way point between Western Europe and Asian destinations such as Hong Kong and Beijing. Picture from the 'Plane Pictures' project, a celebration of aviation aesthetics and flying culture, 100 years after the Wright brothers first 12 seconds/120 feet powered flight at Kitty Hawk,1903. . 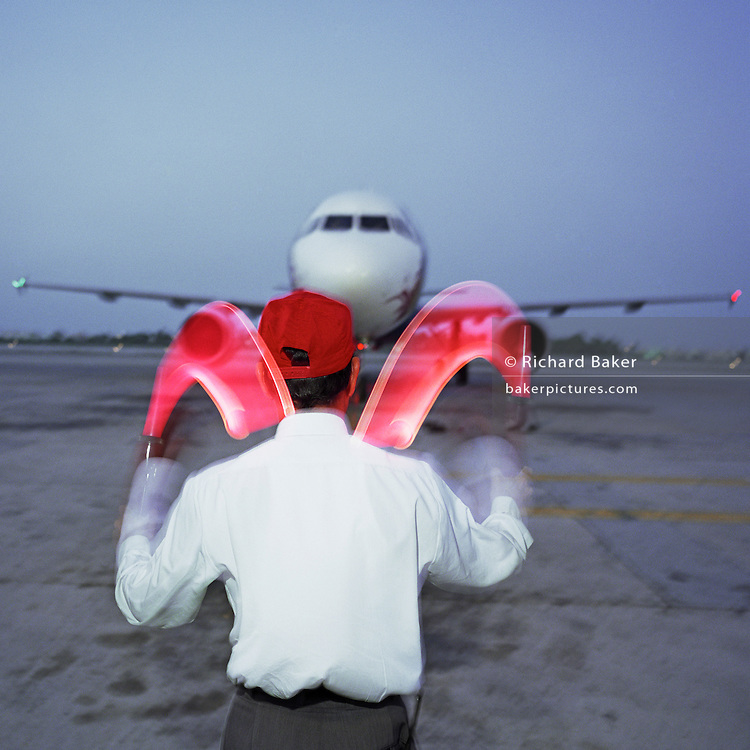