A four year-old girl throws a tantrum while playing with her young two-year-old brother in the back garden of their South London home. We look down on the small girl who throws her head back in a rage, mouth wide open, after not getting what she wants. But in the background, her younger sibling is oblivious to her emotional outburst and gets on with playing at the foot of a children's garden slide - in an innocent world of his own. From a personal documentary project entitled "Next of Kin" about the photographer's two children's early years spent in parallel universes. Model released. 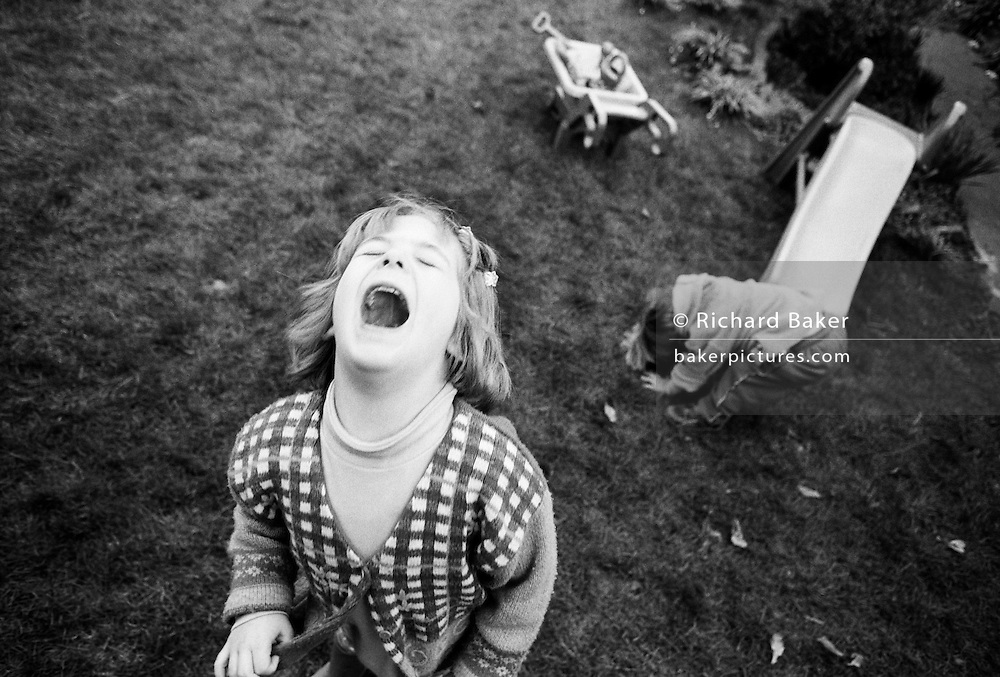