Reacting to the death earlier in Sirte of the dictator Muammar al-Gaddafi, a young Libyan child whose grandfather was killed by the Gaddafi regime in 1979, celebrates by waving the revolutionary flag with her father outside their London embassy in Knightbridge, central London. 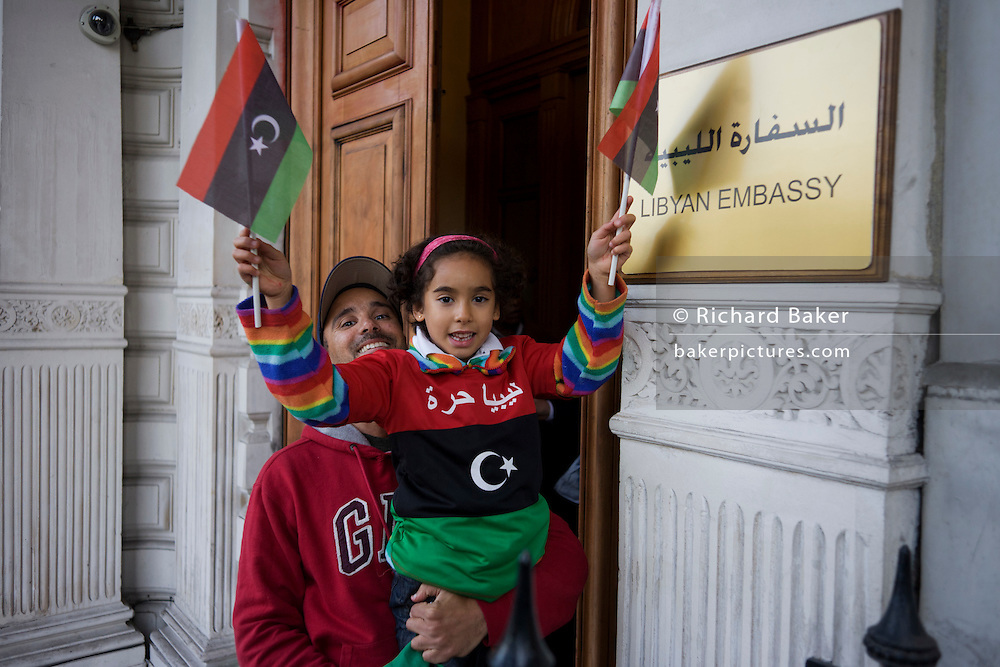