CCTV cameras and barred windows and architecture of the notorious secret police (Stasi) Hohenschonhausen prison. The Berlin-Hohenschönhausen Memorial is now a museum and memorial located in Berlin's north-eastern Lichtenberg district. Hohenschönhausen was a very important part of the Socialist GDR's (German Democratic Republic) system of political and artistic oppression. Although torture (including Chinese water torture) and physical violence were commonly employed at Hohenschönhausen (especially in the 1950s), psychological intimidation was the main method of political repression and techniques including sleep deprivation, total isolation, threats to friends and family members.Between 1950 and 1989, the Stasi employed a total of 274,000 people in an effort to root out the class enemy. The Hohenschonhausen prison's existence was largely unknown to locals - another blank on the map. During Hitler's Third Reich, the Gestapo had one agent for every 2,000 citizens whereas the Stasi had approximately an spy for every 6.5. German media called East Germany 'the most perfected surveillance state of all time' - administered from this complex of offices. 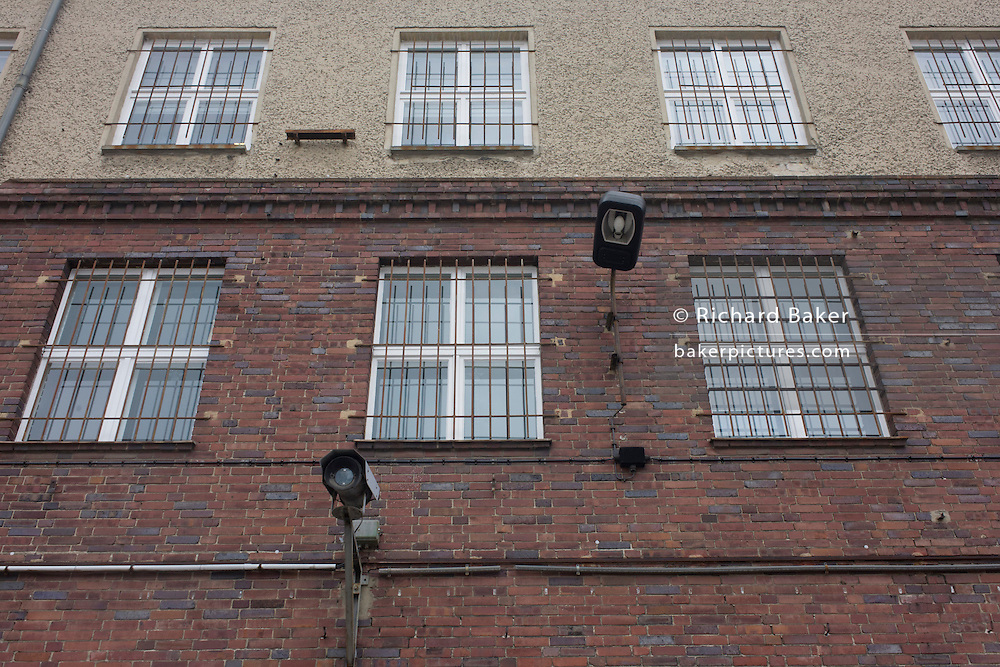