A wide dusk landscape of the development in the City of London, known as Broadgate is a vast estate of corporate buildings developed in the Thatcher years, sitting astride the redeveloped Liverpool Street mainline station. Broadgate is a large, 32-acre (13 ha) office and retail estate in the City of London, owned by British Land and the Blackstone Group and managed by Broadgate Estates. The original developer was Rosehaugh: it was built by a Bovis / Tarmac Construction joint venture and was the largest office development in London until the arrival of Canary Wharf in the early 1990s. The modern and mainly-pedestrianised development is located on the original site of Broad Street station (closed in 1986) and beside and above the railway approaches into Liverpool Street station. 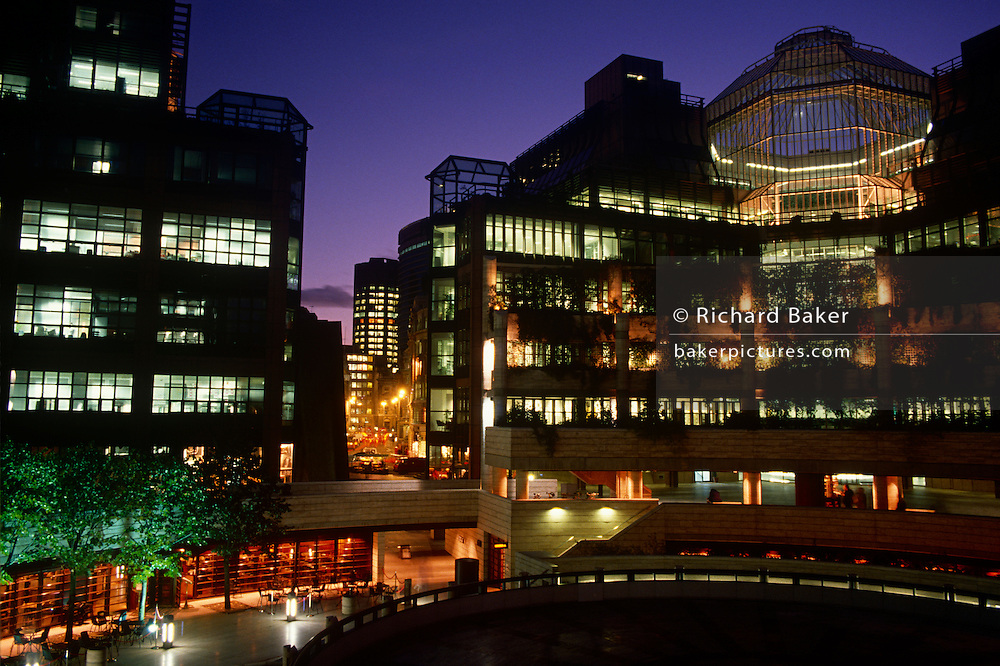