Seen from an office block high vantage point, thousands of commuters pour northwards over London Bridge against the direction of queueing buses and cars. It is a scene about the transient business community and mass transport. The working population arrives early for work over the bridge in the City of London's historic financial district. We see the sunlit faces of those walking towards the viewer which echo the red tail lights of the stationary vehicles. So gridlocked is the traffic on the southbound carriageway, there is a lone cyclist stuck and squeezed between the curb and a double-decker bus. The City of London has a resident population of under 10,000 but a daily working population of 311,000. The City of London is a geographically-small City within Greater London, England. ... 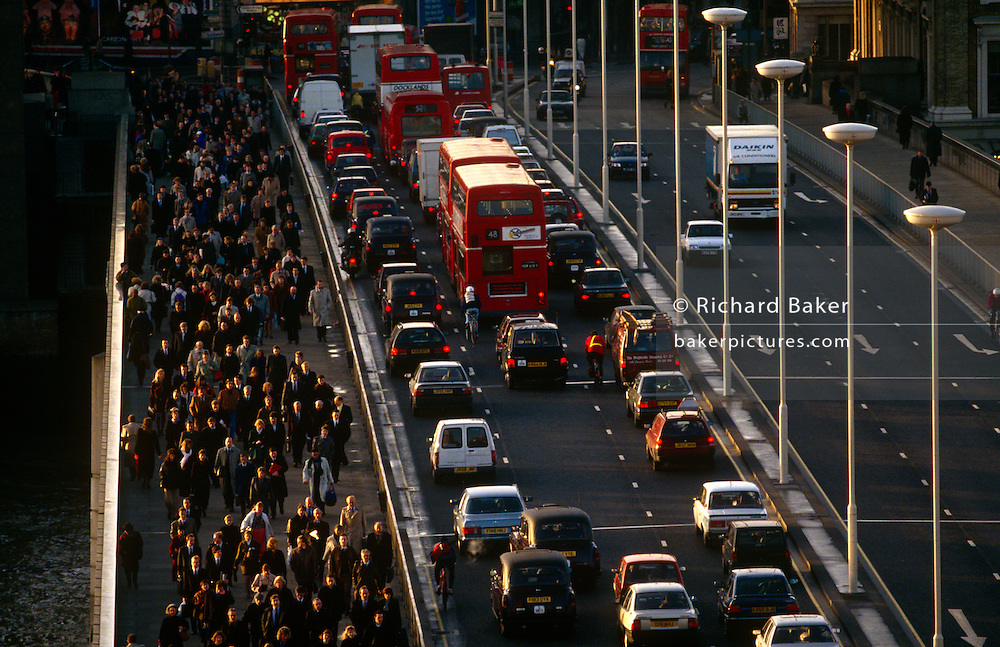