A boy soldier has collapsed on the ground suffering from fatigue and dehydration on a rigorous march conducted as a squad of soldier recruits, over undulating terrain with each candidate carrying a bergen (back pack) weighing 35 pounds (plus water) and a weapon. Two senior trainers haul the buy up who fell under the weight of his backpack and weapon carried on a hot day and without drinking enough fluids. The 10-mile march must be completed in 1 hour and 50 minutes and it forms part of the 14-week long Pegasus (P) Company selection programme that recruits wanting to join the British Army's elite Parachute Regiment, held regularly at Catterick army barracks in Yorkshire, need to pass (with other tests) before earning the right to wear the esteemed maroon beret. 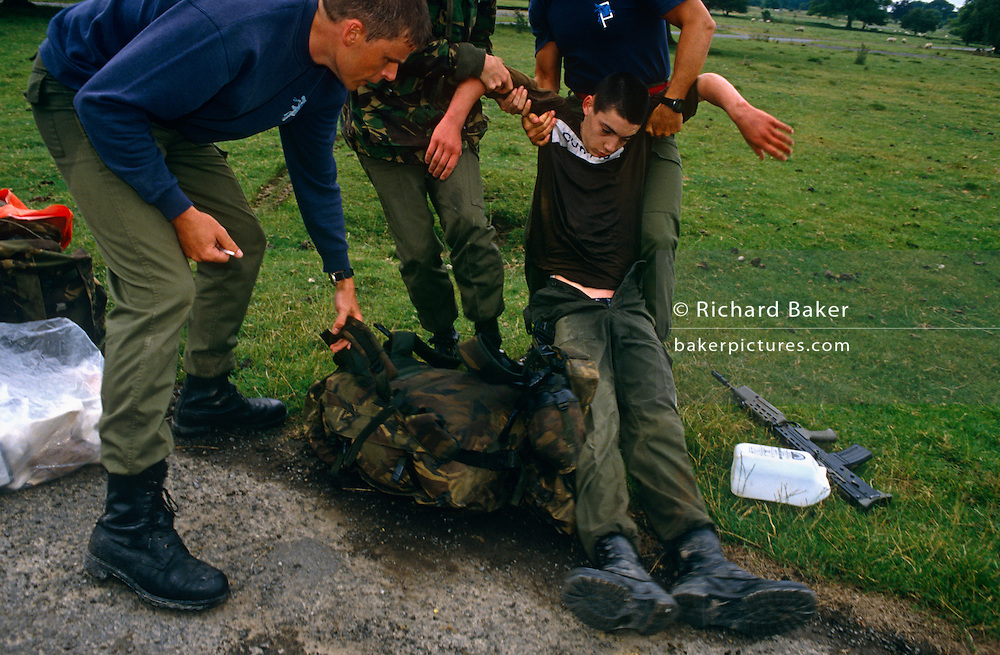