Amid the hectic arrivals concourse of Heathrow airport's Terminal 5, two friends hold on to each other tight after an international arrival. Standing in front of a Mastercard ad which shows scenes of London, the coupe squeeze each other tight amid an otherwise hectic airport concourse in heathrow's Terminal 5. They have clearly missed each other after such a break apart but are otherwise oblivious to the crowds that surround them in this busy international airport. They embrace with genuine affection for each other in a display of sexual freedom that is otherwise seen as a taboo in other countries. From writer Alain de Botton's book project "A Week at the Airport: A Heathrow Diary" (2009). 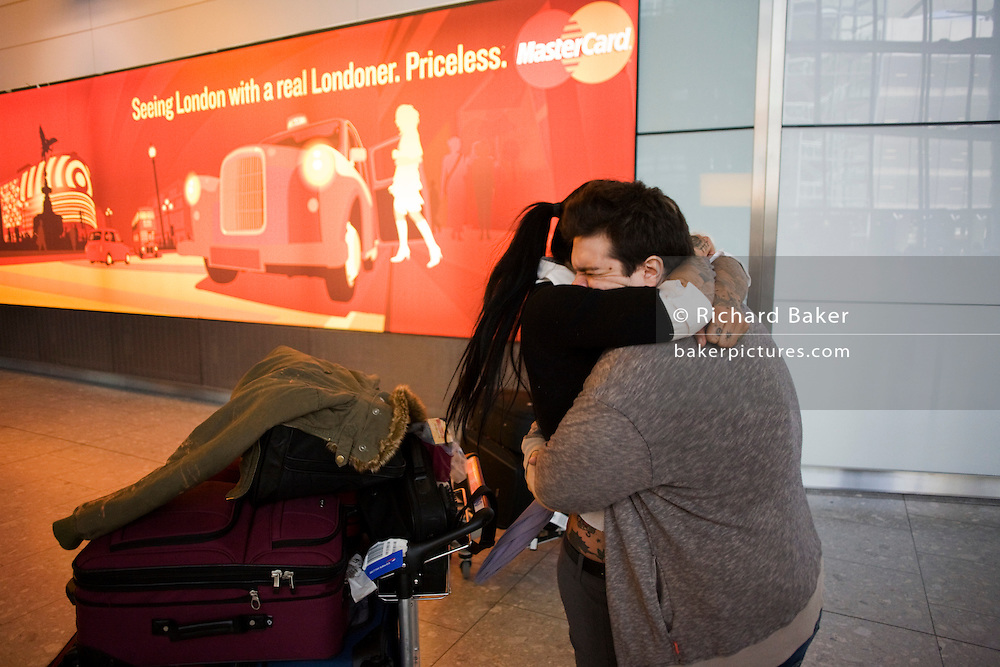