Members of the campaign to save nearby Carnegie Library in Herne Hill and closed by Lambeth council, organise a pop-up library and party in Ruskin Park, SE24 on 21st June 2016, in south London, United Kingdom. Local players improvise folk tunes in summer sunshine after their library was shut since 31st March. Children, the elderly and other adult groups have been prevented from using the building uphill from this location as Lambeth decide how to use the public space, bequeathed to the community by philanthropist, Andrew carnegie in 1911. (Photo by Richard Baker / In Pictures via Getty Images) 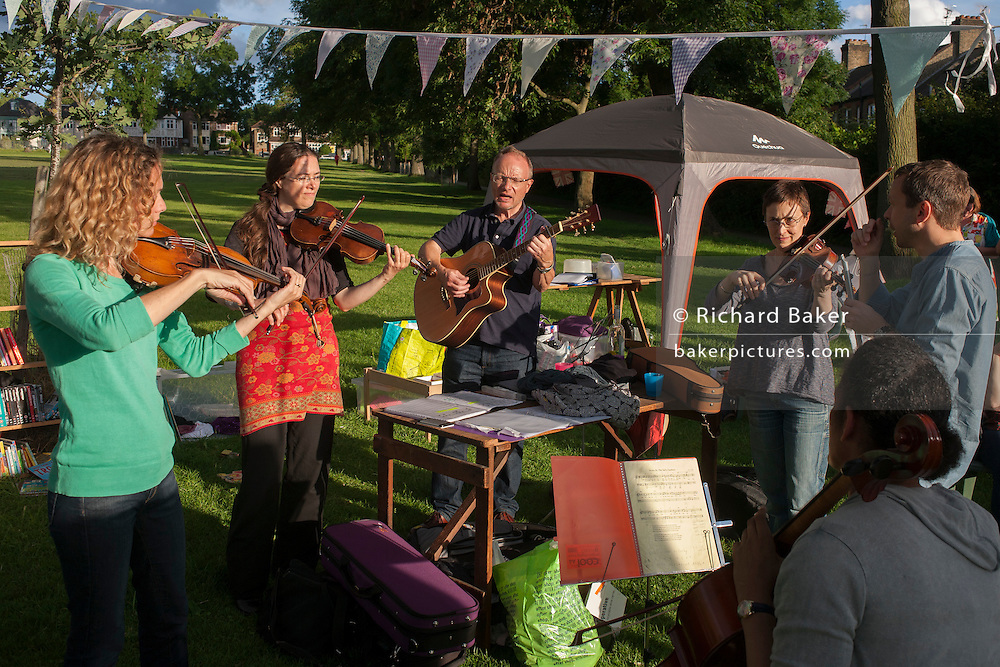