A Games Maker volunteer uses a megaphone to entertain spectators passing a Usain Bolt Visa billboard during the London 2012 Olympic Park during the games. London 2012 volunteers are called 'Games Makers', as they are helping to make the Games happen. Up to 70,000 Games Makers take on a wide variety of roles across the venues: from welcoming visitors; to transporting athletes; to helping out behind the scenes in the Technology team to make sure the results get displayed as quickly and accurately as possible. Games Makers come from a diverse range of communities and backgrounds, from across the UK and abroad. The vast majority are giving up at least 10 days to volunteer during the Games. 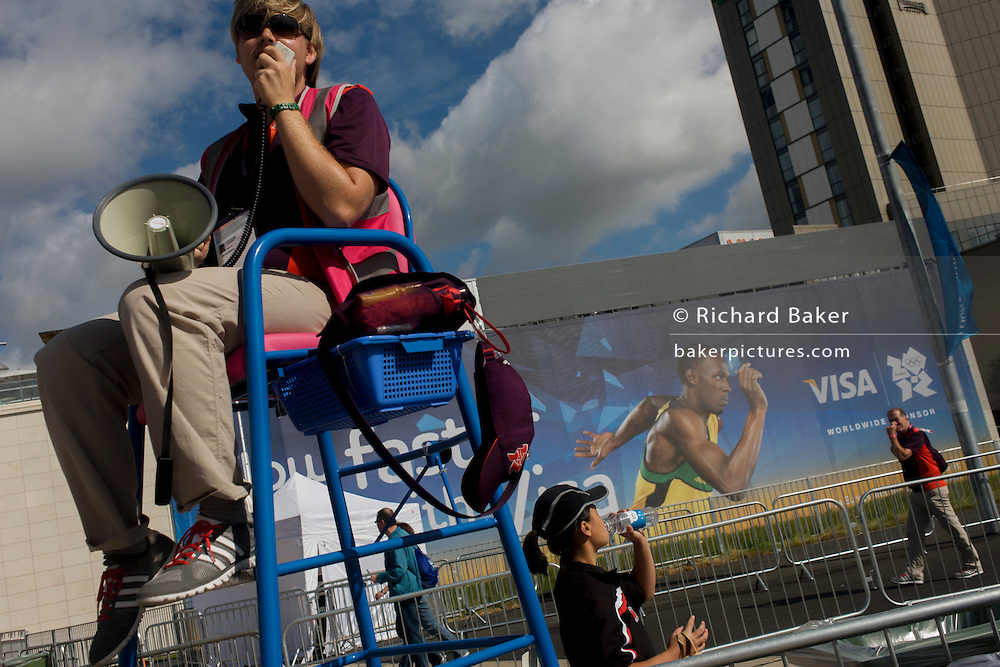