Conservative Party delegates sing 'Auld Lang Syne' during a party at the 1992 Conservative Party Conference, on 18th March 1992, in Brighton, England. Prime Minister of the day, John Major went on to win the election weeks later and was the fourth consecutive victory for the Tory Party although it was its last outright win until 2015 after Labour's 1997 win for Tony Blair. 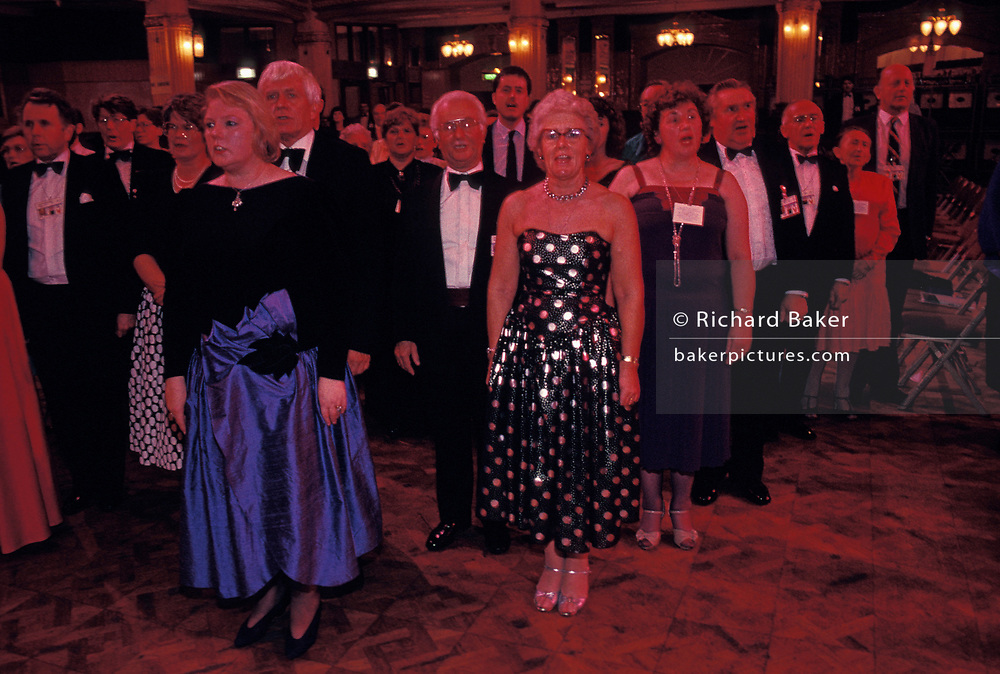