The monument to Benjamin Disraeli, Earl of Beaconsfield with the British Houses of Parliament in the background, on 18th January 2017, in Parliament Square, London England. The statue of Benjamin Disraeli is an outdoor bronze sculpture by Mario Raggi, located at Parliament Square in London, United Kingdom. Installed in 1883, it features a bronze statue on a red granite plinth. The memorial is located at the west side of the square, facing the Houses of Parliament, and is Grade II-listed. 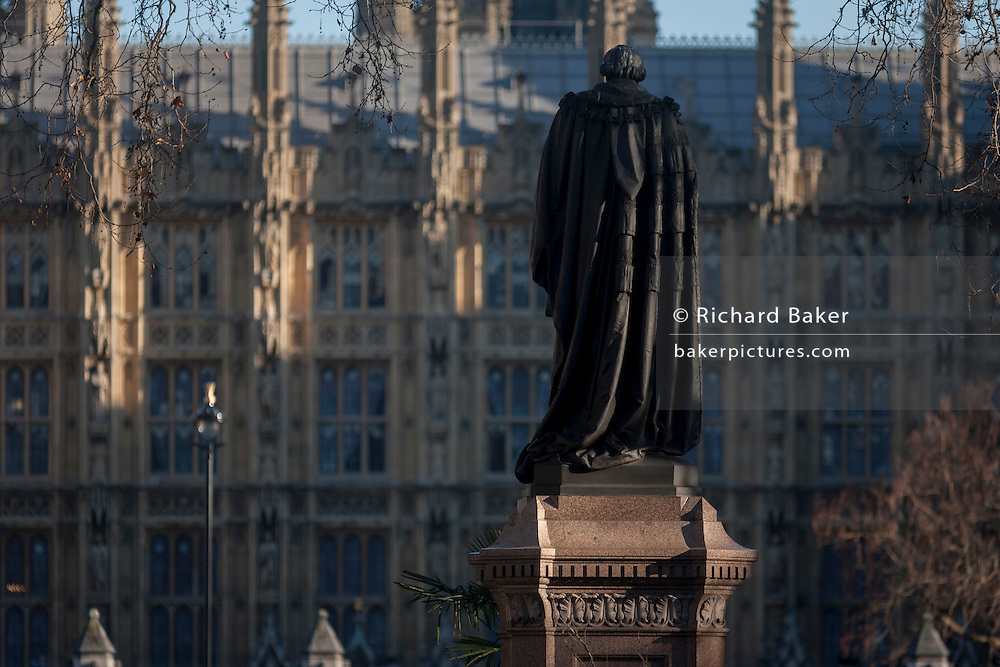