A detail of post-it notes left on the looted Poundland shop (store) in Rye Lane, Peckham after the London riots of August 2011. In response to the violence and destruction that took place the week before, communities reacted with anger in a way rarely seen in a large UK city these days. The messages vary in their sentiment but generally echo a sense of disgust at the looting and rioting with brief notes of co-operation, advice and communal encouragement. Walls like these have sprung up in other locations where destruction was widespread and locals lost their convenience stores, sports shops and even homes. 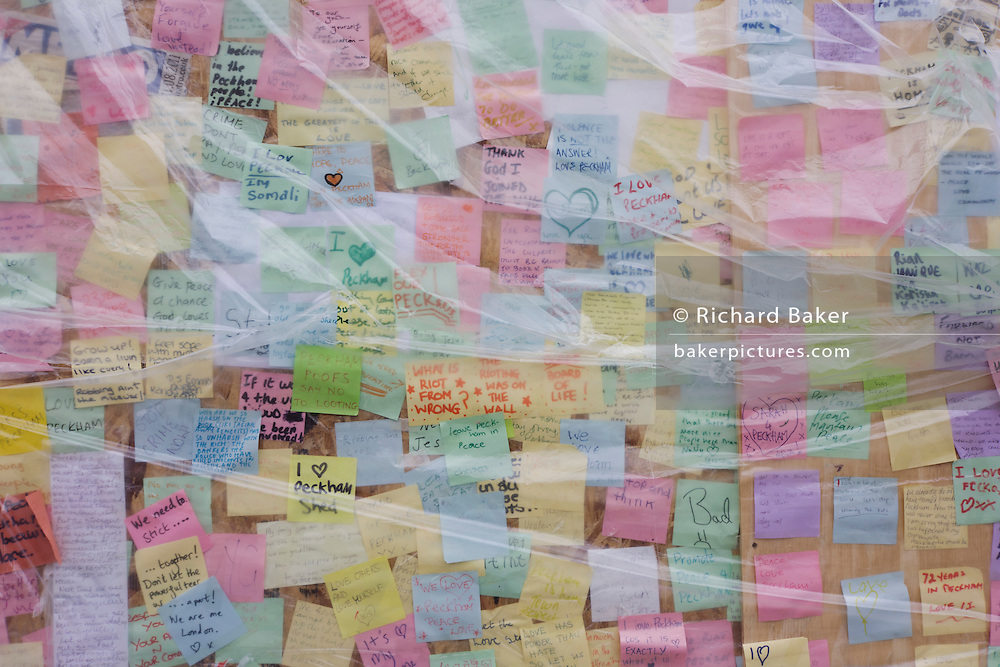