A corner of One Canada Square is seen soon after its completion in the early-1990s. A street light has just been turned on in the early evening and the offices inside the tower also start to brighten the corporate spaces. Canary Wharf is the product of the 1980s financial boom when during the office of Prime Minister Margaret Thatcher, huge building projects such as the Docklands consortium saw vast changes in London's landscape. One Canada Square (often incorrectly called Canary Wharf, after its location) is a skyscraper in Canary Wharf, London. It was the tallest building in the United Kingdom from 1990 to 2010, standing at 235 metres (770 ft) above ground level and containing 50 storeys. 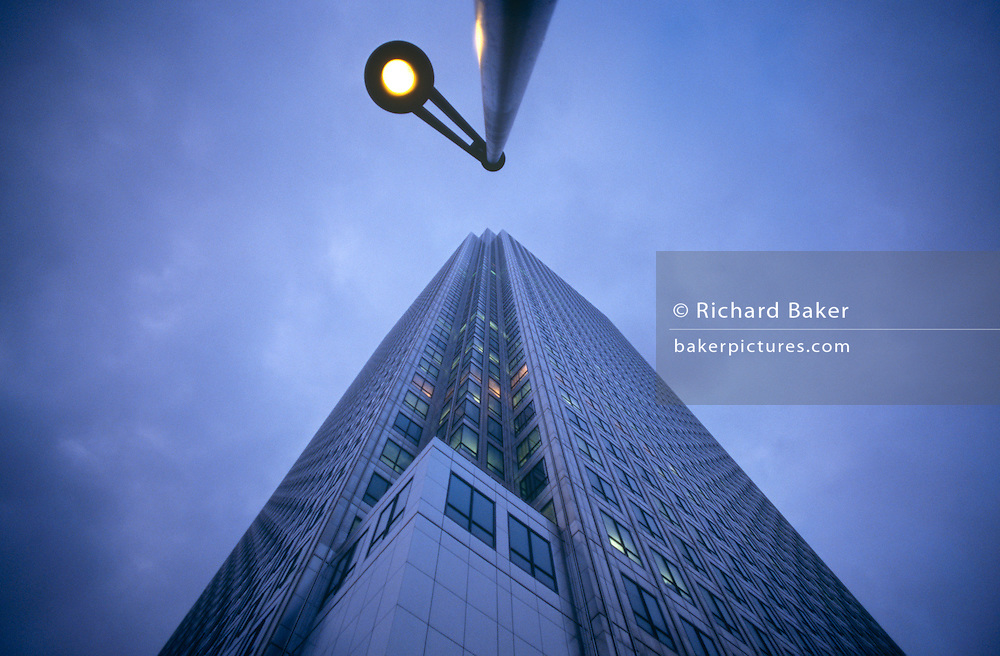