Spectators watch an air show at North Weald in Cambridgeshire, England. A man films a lone aircraft that banks across the summer sky. The enthusiast's blue denim jacket is almost fully-covered with aeronautical badges which depict various foreign military aerobatic teams, including the Swiss, Norwegian and German squadrons, whose emblems have been stitched into the fabric. Plane spotters form hardcore groups of aviation pilgrims. Logging and photographing flying machines, they follow air displays across their own countries and the calendars of other European festivals that attract hundreds of thousands. Picture from the 'Plane Pictures' project, a celebration of aviation aesthetics and flying culture, 100 years after the Wright brothers first 12 seconds/120 feet powered flight at Kitty Hawk,1903. 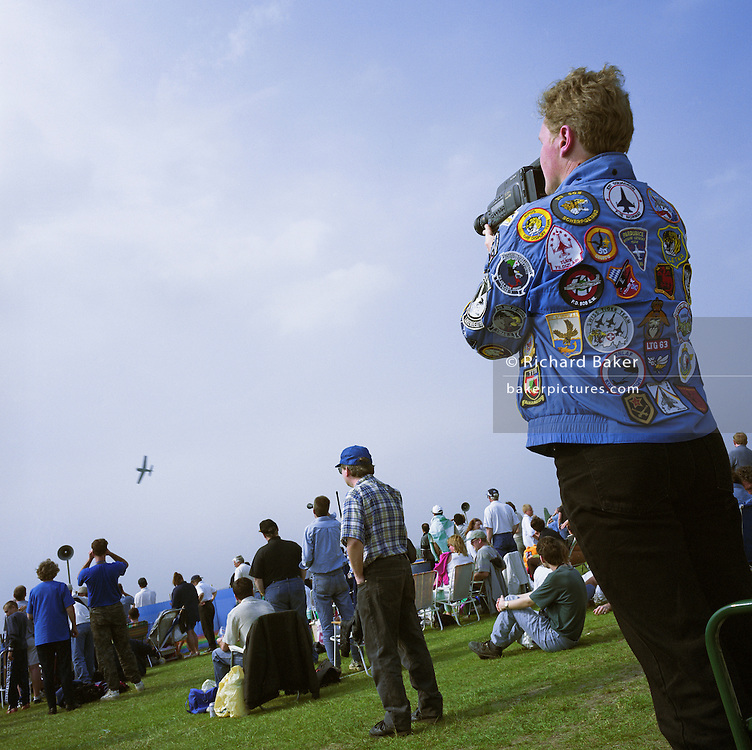