As a man on crutches hobbles past, three tellers from the main political parties check the addresses of voters in Herne Hill Methodist Church SE21 that serves as a temporary Polling station for voters on Britain's general election day. Their job is to record the election numbers of those about to vote, making sure that their political colleagues don't drop more literature in to that address, now that the occupants have voted. 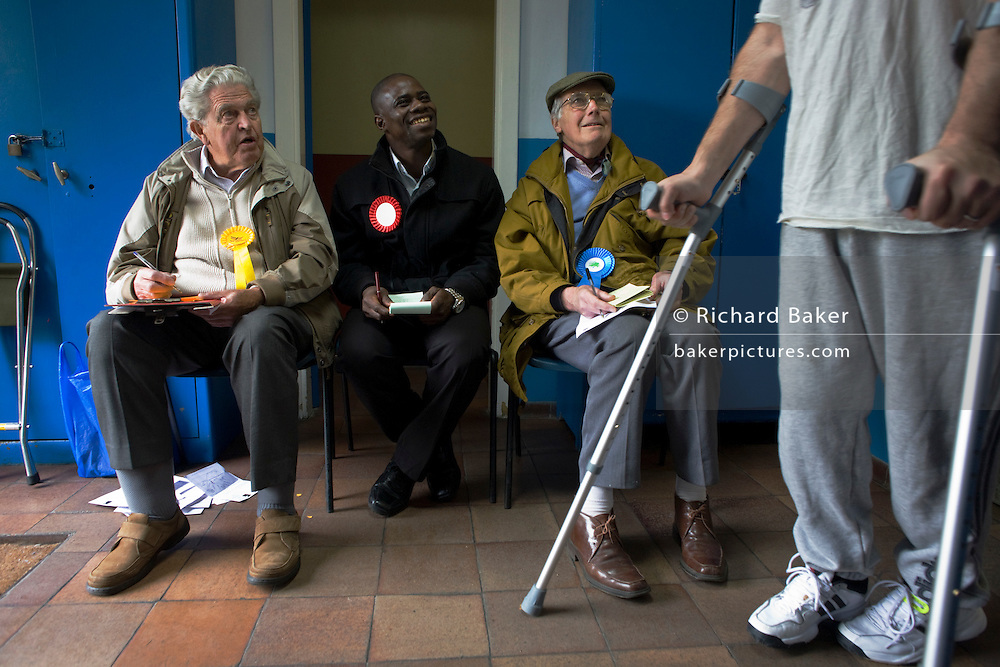