The statue of former British Prime Minister Winston Churchill looks across government buildings in Whitehall, on 16th September 2020, in London, England. Sir Winston Leonard Spencer Churchill was a British statesman, army officer, and writer. He was Prime Minister of the United Kingdom from 1940 to 1945, when he led the country to victory in the Second World War, and again from 1951 to 1955. 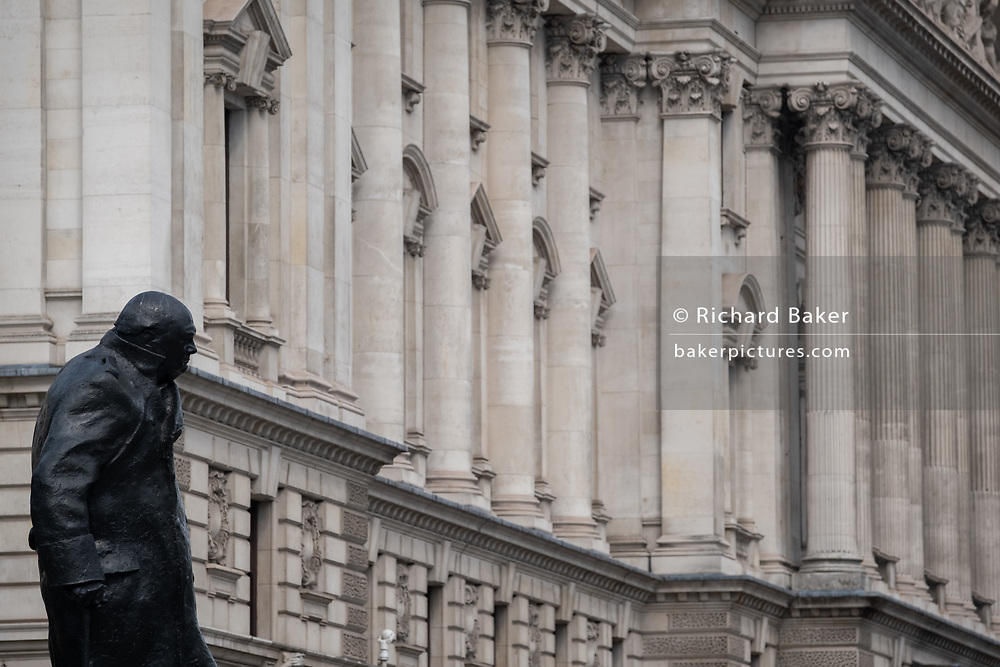