Politcal action group Avaaz wear Rupert Murdoch masks outside Parliament during News International phone hacking scandals. Avaaz--meaning "voice" in several European, Middle Eastern and Asian languages--launched in 2007 with a simple democratic mission: organize citizens of all nations to close the gap between the world we have and the world most people everywhere want. 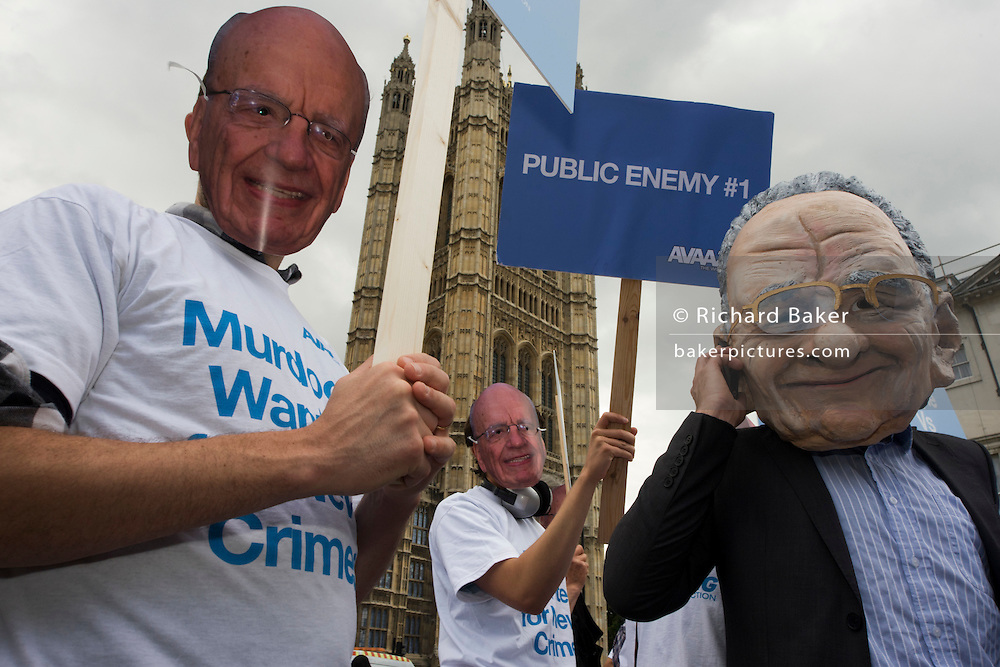