Two seats, three tape-recorders, a panic strip and a telephone are seen in the UK Border Agency's immigration detention room at Heathrow Airport's Terminal 5. Officers deal with members of the public whose passports, demeanour or travel habits have drawn attention to possible criminal activity while seeking entry into the United Kingdom. On average, 10 a day are refused entry here and between 2008 and 2009, 33,100 people were detained at the airport for mainly passport irregularities. The UK Border Agency is responsible for securing the United Kingdom borders and controlling migration in the UK. They manage border control enforcing immigration and customs regulations and consider applications for permission to enter the UK for citizenship and asylum. From writer Alain de Botton's book project "A Week at the Airport: A Heathrow Diary" (2009). ... 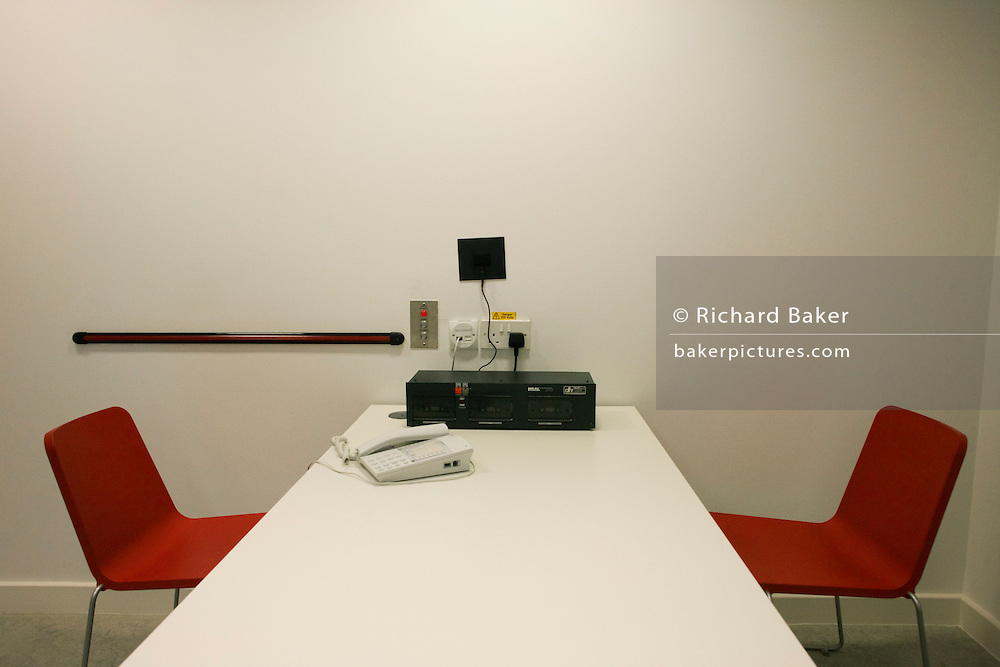