Exiled Libyan children participate in the demand for the death dictator Colonel Gaddafi during protests opposite their London embassy during the uprising. A man walks past with a print of Gaddafi's face, flames licking around his head and the children - two young boys - watch as they hold their own posters that read No More Killing - calling for an end to the leader's atrocities against his own people. 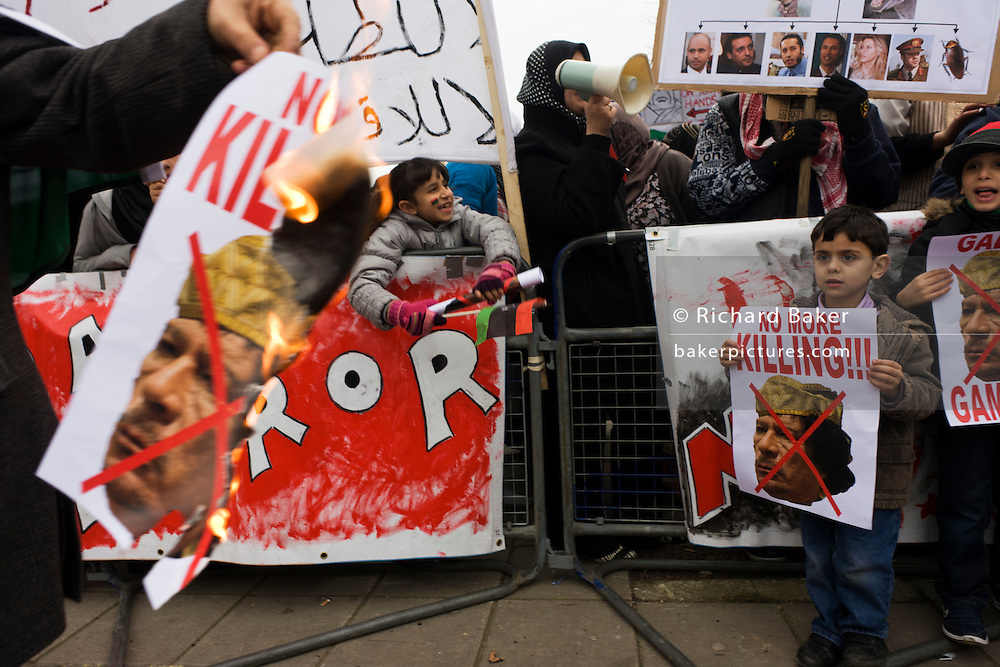