TV chef Jamie Oliver shops for produce with a favoured veg seller in Borough Market in Southwark, London. Oliver holds his box of fresh artichokes in one hand an his very young daughter Poppy on a Saturday morning. James "Jamie" Oliver, MBE (born 27 May 1975) is a British chef, restaurateur and media personality, known for his food-focused television shows, cookbooks and more recently his campaign against the use of processed foods in national schools. He strives to improve unhealthy diets and poor cooking habits in the United Kingdom and the United States. 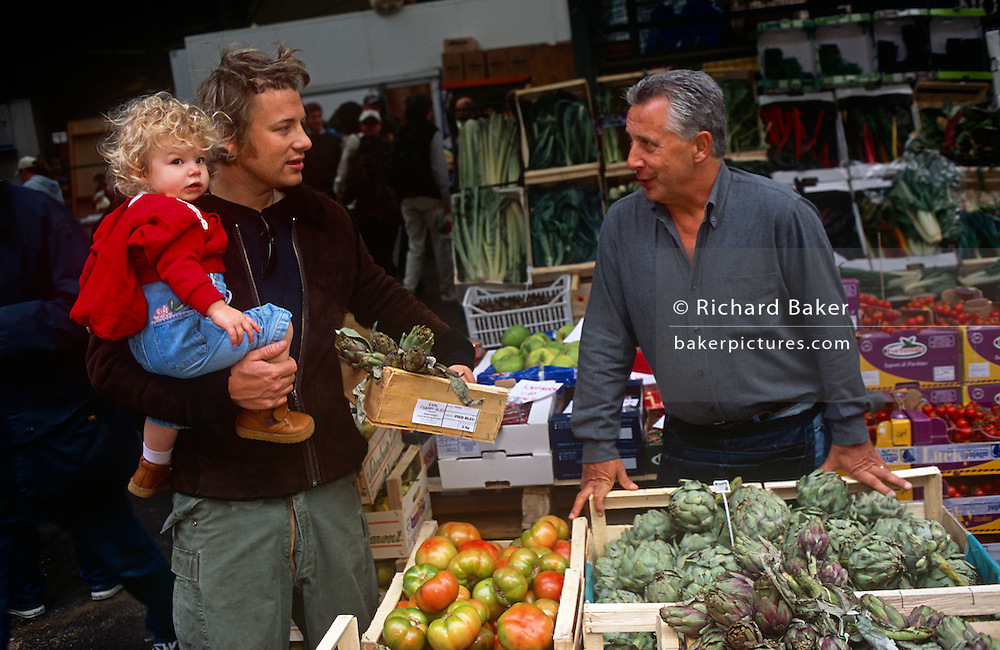