Duart Castle near Craignure, Isle of Mull, Scotland. Standing proudly on a clifftop guarding the Sound of Mull, Duart enjoys one of the most spectacular and unique positions on the West Coast of Scotland. For over 400 years this has been the base of the Scots Clan Maclean's sea-borne power. Duart was originally a rectangular wall enclosing a courtyard. In 1350 Lachlan Lubanach, the 5th Chief, married Mary Macdonald, the daughter of the Lord of the Isles and she was given Duart as her dowry. In 1691 the Macleans surrendered Duart and all their lands on Mull to the Duke of Argyll. The Castle, although in a fairly ruinous condition was used as a garrison for Government troops until 1751. It was then abandoned until 1910 when it was purchased by Sir Fitzroy Maclean, 26th Chief. (http://www.duartcastle.com/castle/castle_briefhistory.html). 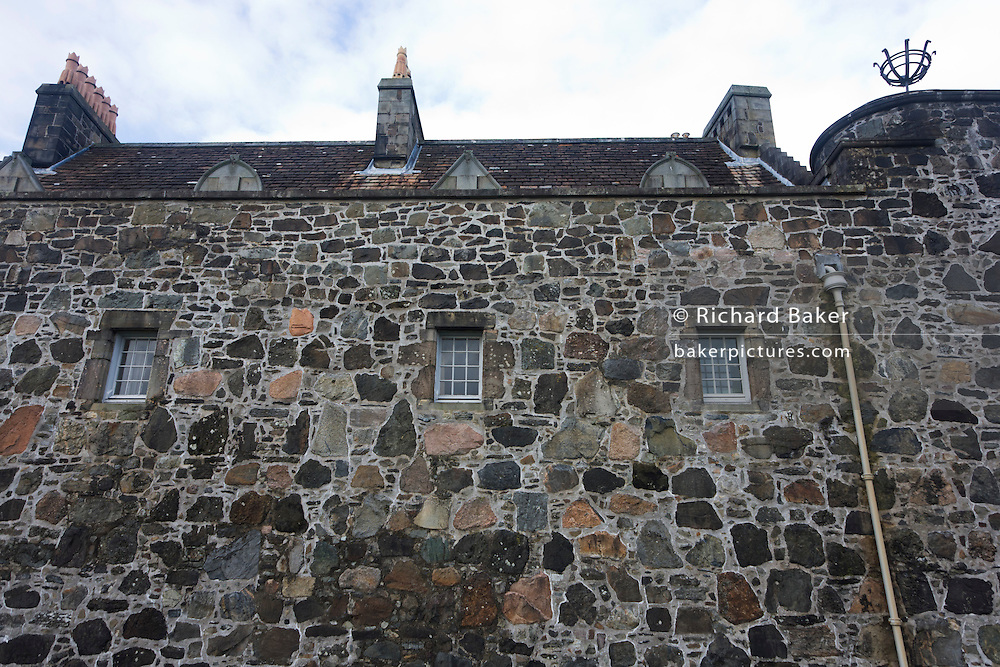