Cyclist descends footpath suffering from erosion beneath Stanage Edge gritstone cliffs, Peak District National Park, Derbyshire..Located in the Peak District National Park in England Stanage Edge is the largest of the gritstone edges that overlook Hathersage in Derbyshire. Stanage Edge at approximately 4 miles in length and 458m at its highest point is the largest of the gritstone cliffs that overlook Hathersage, Derbyshire. The area is one of the most popular locations in the Peak District National Park for climbing and walking with hundreds of rock climbing routes to challenge all ranges of ability. Walkers are drawn to the area to enjoy the varied moorland scenery with stunning views across the surrounding countryside including Hathersage, Castleton and the 'Shivering Mountain', Mam Tor in the west. A walk along the edge is an easy route but the exposed cliff can make conditions difficult throughout the year as it is often battered by wind, rain and regular snowfall in the winter months. There are a number of popular walks including routes along the remains of a Roman Road and towards Redmires Reservoir to the east as well as longer walks such as those including the nearby Longshaw Estate. Sopurce http://www.stanageedge.co.uk 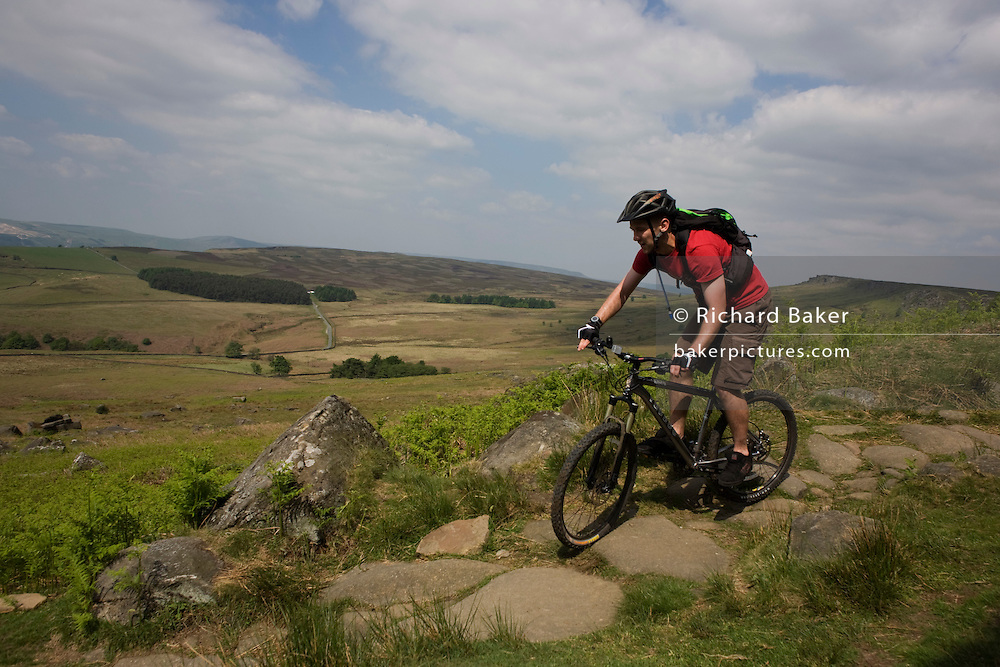