The white middle-classes gathered in Parliament Square to protest against plans for a third runway at Heathrow airport - blighting, they say, thousands of homes in London's aviation hub's flight paths - especially to the west of the capital. Central to the demonstration were both London mayoral candidates: the Conservative Zac Goldsmith (left) and Labour's Sadique Khan. 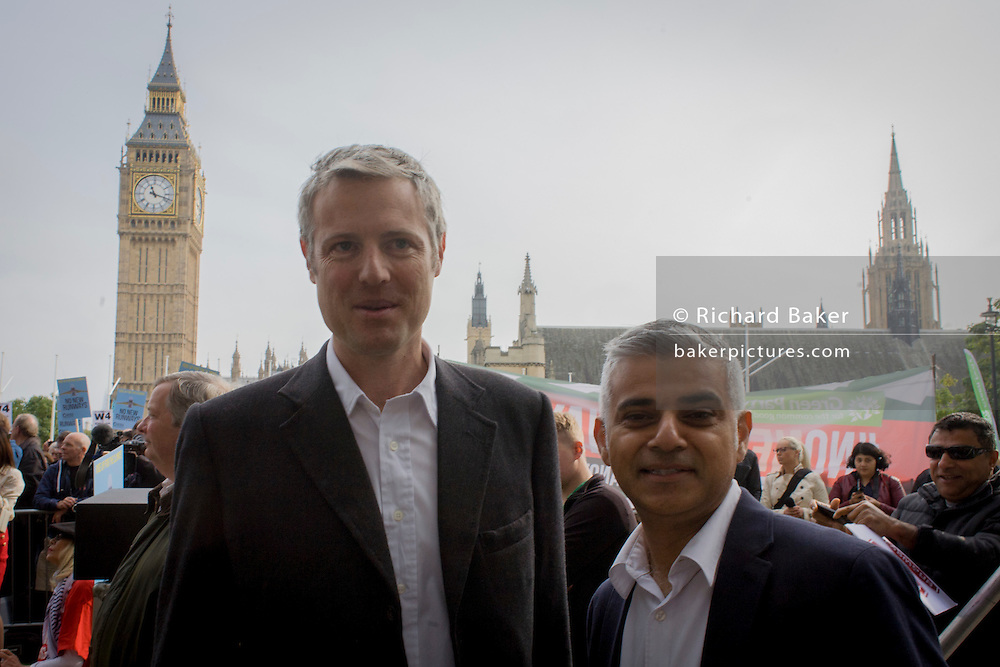