Known as 'Old Glory', a polished silver Boeing Mitchell B-25 is refuelled in readiness for a display flight at Oshkosh Air Venture, the world?s largest air show in Wisconsin USA. In afternoon light, a lady in a stars and stripes shirt stands arms behind her back admiring the lovingly restored polished twin-engine bomber, the most heavily armed airplane of the second world war used for high and low-level bombing, strafing, photoreconnaissance, submarine patrol and fighter. Close to a million populate the mass fly-in over the week, a pilgrimage worshipping all aspects of flight. The event annually generates $85 million in revenue over a 25 mile radius from Oshkosh. Picture from the 'Plane Pictures' project, a celebration of aviation aesthetics and flying culture, 100 years after the Wright brothers first 12 seconds/120 feet powered flight at Kitty Hawk,1903 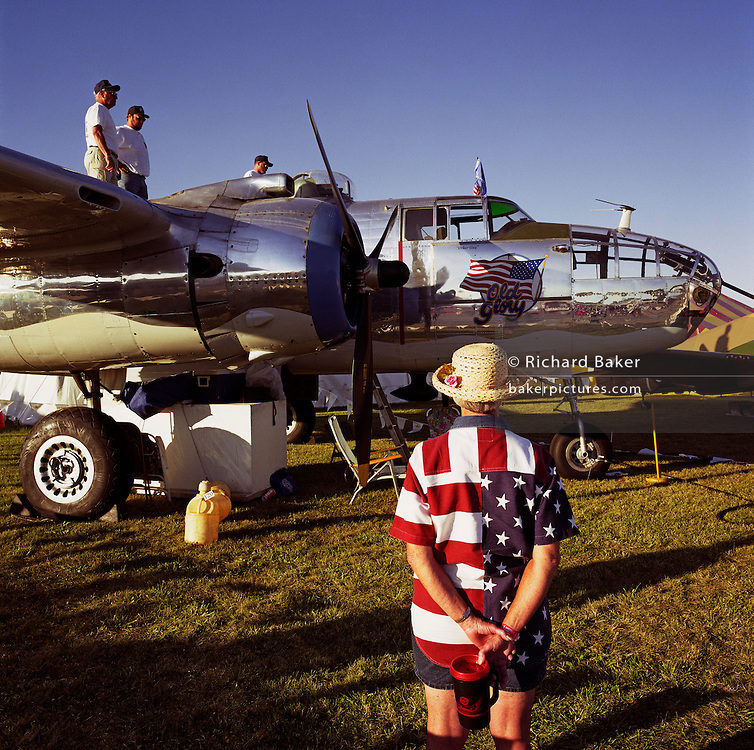