Nostalgic Belle Epoque and Art Nouveau architecture of the Palace Hotel, on 17th July 2016, in Cura, Portugal. The Palace Hotel is one of Portugal's most magnificent, restored to its original Golden Twenties style and grandeur and located between Coimbra and Porto. From the beginning of the 20th century onwards, Curia, has been a meeting place for celebrities and Portuguese bourgeoisie, who were attracted by the springs as well as by its cosmopolitan hotels hotels, the casino, the idyllic spa park and wines of the region. (Photo by Richard Baker / In Pictures via Getty Images) 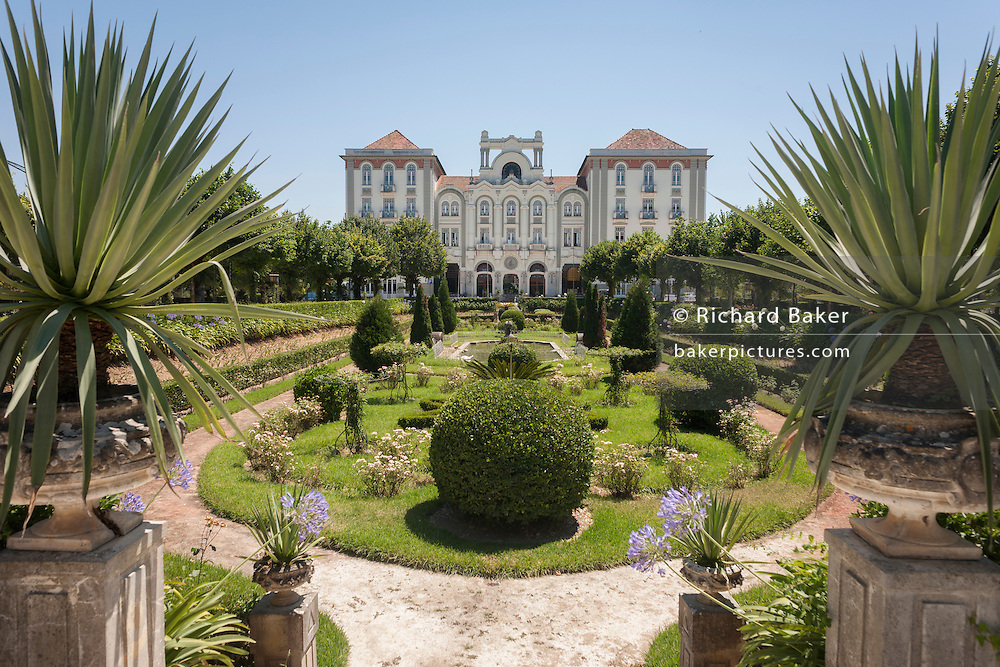