Children practice winning a sprint final on the grid-like patterned floor in the Olympic Park during the London 2012 Olympics. The kids race under a pretend track tape held by two volunteer Games Makers who offer the everyone winners' chocolate gold medals. This land was transformed to become a 2.5 Sq Km sporting complex, once industrial businesses and now the venue of eight venues including the main arena, Aquatics Centre and Velodrome plus the athletes' Olympic Village. After the Olympics, the park is to be known as Queen Elizabeth Olympic Park. . 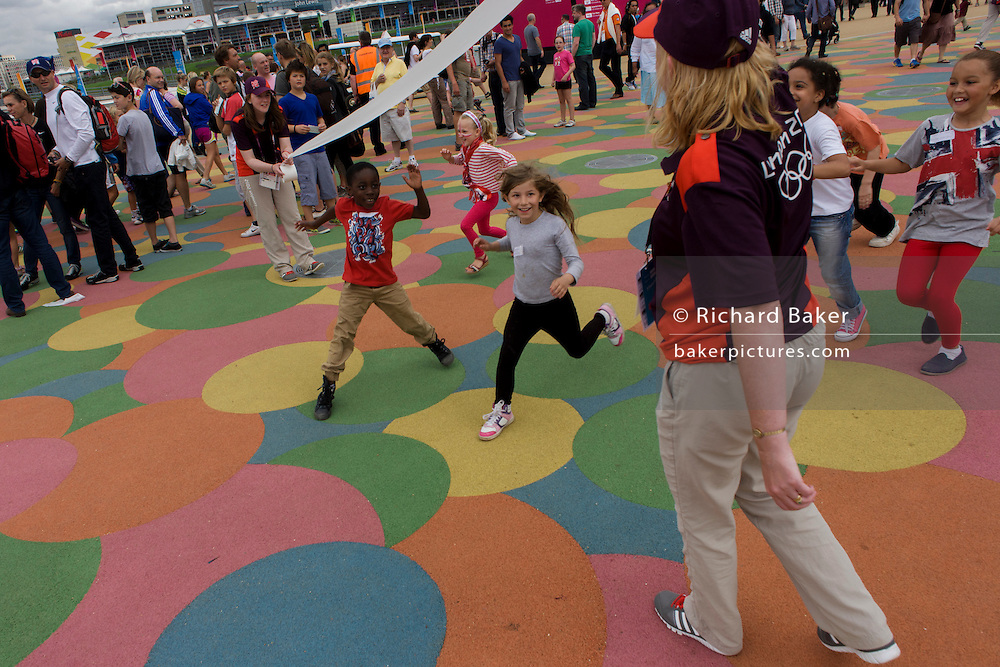