Three days after the killing of Jack Merritt, 25, and Saskia Jones, 23, by the convicted teorrorist Usman Khan at Fishmongers' Hall on London Bridge, a memorial of flowers appeared at the southern (Southwark) end of the bridge where passers-by and commuters walk on their way to work in the City at the opposite side of the river Thames, in the City of London, on 2nd December 2019, in London, England. 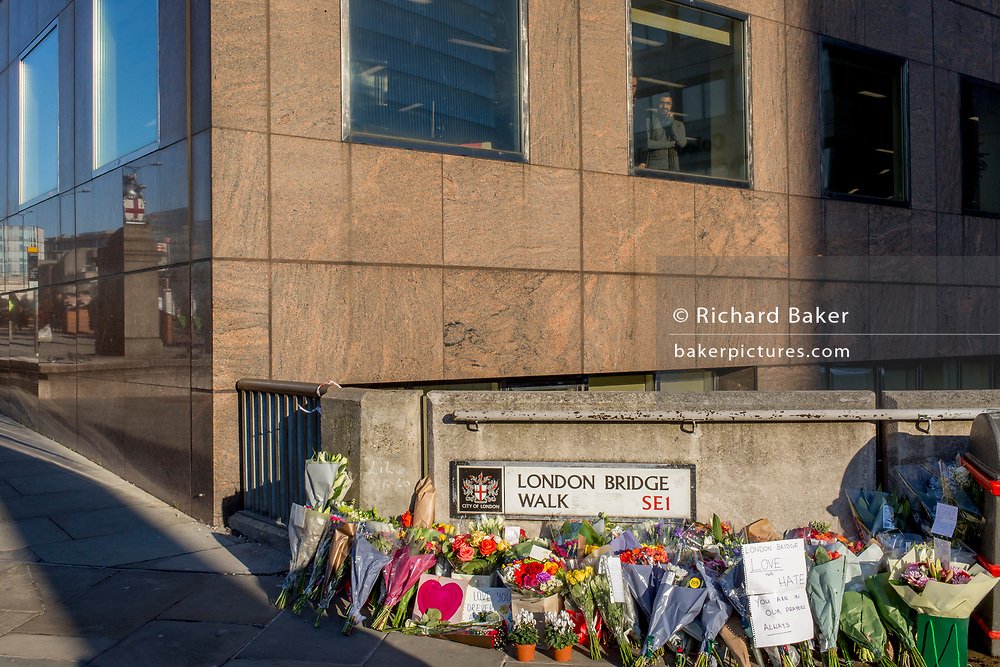