While visiting London's tourist sites, a young boy of about 5 years-old spends time at Horse Guards where a soldier from the Household Cavalry, also dressed in a deep red coat, stands motionless and at-ease. It is a bright day and the gray stonework amplifies the scarlett uniform tunics as the boy has his picture taken by family. The British Household Cavalry is classed as a corps in its own right, and consists of two regiments: Life Guards (British Army) and the Blues and Royals (Royal Horse Guards and 1st Dragoons). They are the senior regular regiments in the British Army, with traditions dating from 1660. 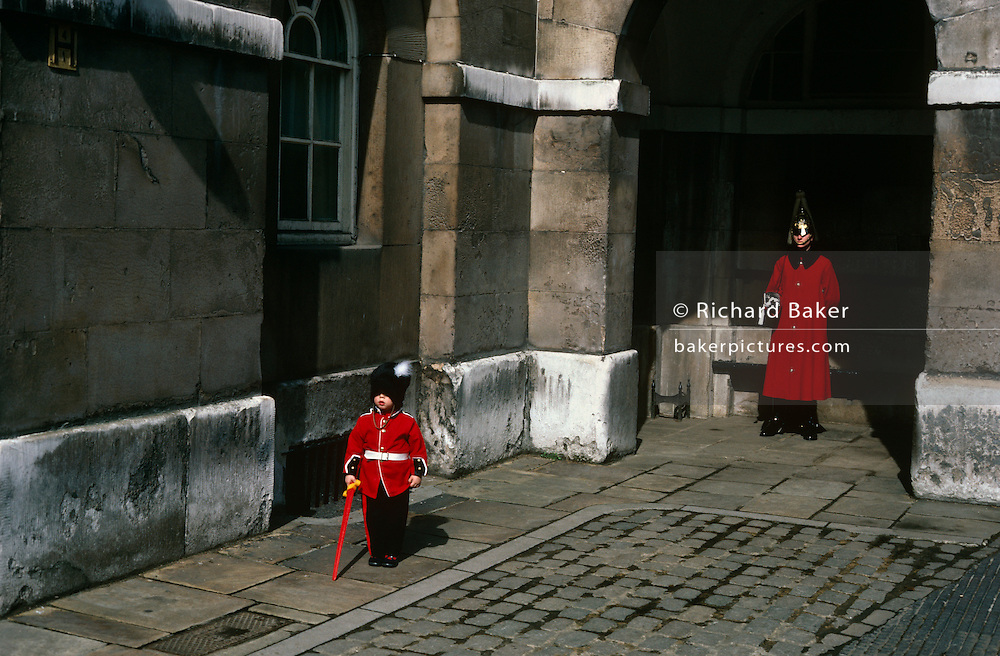