Watching live TV coverage of Equestrian events, British spectators and other sports fans sit in summer deckchairs at the old Royal Naval College, Greenwich on day 4 of the London 2012 Olympic Games. Greenwich Park is hosting the Olympic Equestrian competitions, plus the combined running and shooting event of the Modern Pentathlon. The Old Royal Naval College is the architectural centrepiece of Maritime Greenwich, a World Heritage Site in Greenwich, London. The buildings were originally constructed to serve as the Royal Hospital for Seamen at Greenwich, now generally known as Greenwich Hospital, which was designed by Christopher Wren, and built between 1696 and 1712. 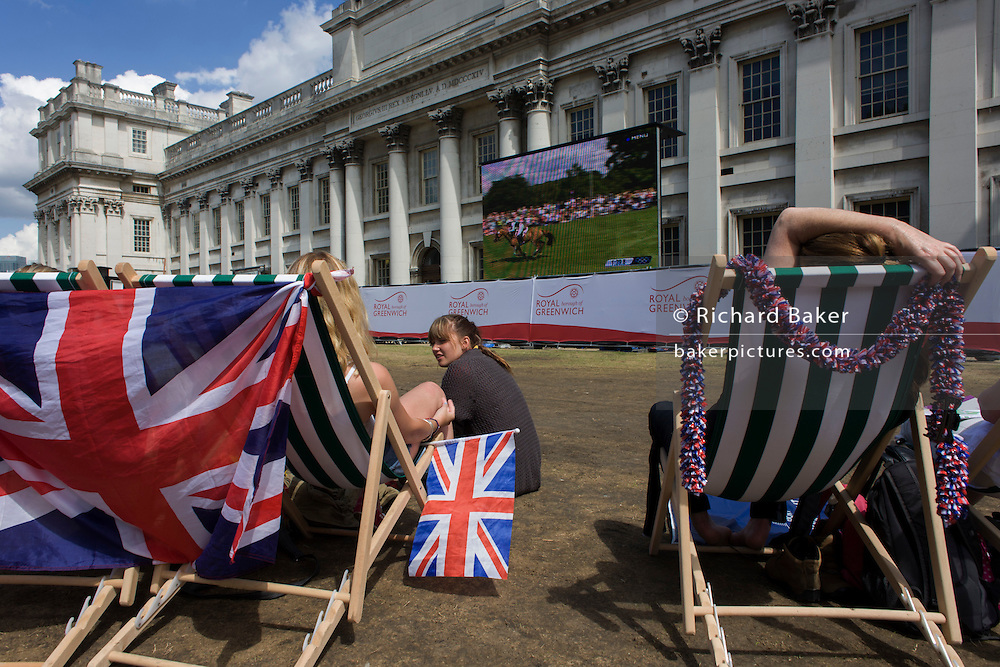