An AgustaWestland AW101 makes a controlled landing in a south London public park below. The houses of Parliament are in the distance. After circling for 5 minutes in windy conditions and hovered metres above the ground n Ruskin Park, south London. Autumn leaves flew in all directions in this regular landing point for the Royal Air Force and army. The RAF frequently make reconnaissance flights to this Lambeth open space for crew training purposes. The Merlin is a medium-lift helicopter used in both military and civil applications. It was developed by joint venture between Westland Helicopters in the UK and Agusta in Italy and was named the EH101 until 2007. . 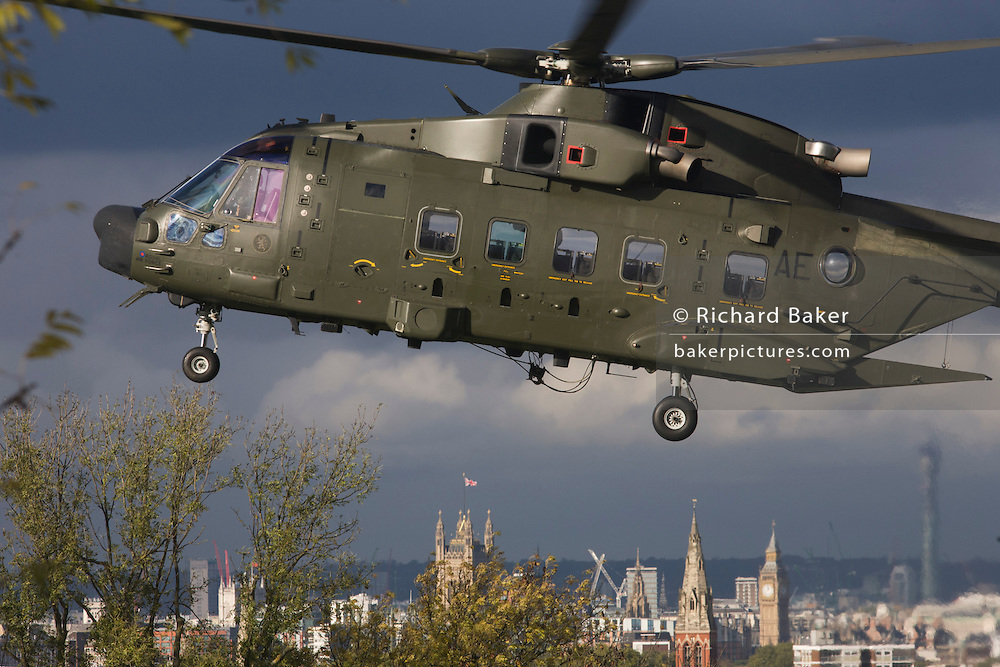