Brian Lecomber flew as a professional aerobatic pilot for 23 years, during which time his Firebird Aerobatics team completed over 2,800 solo and formation displays in front of an estimated total of 90 million spectators. They gave displays in 15 countries, and had a 100% safety record before closing in 2003. They will be remembered as one of the UK's most successful professional civilian aerobatic display company. Lecomber has been a racing motorcycle mechanic; journalist; wing-walker in a flying circus; chief flying instructor in the Caribbean; crop-spray pilot, and then a best-selling author of aviation novels. We see him in-flight performing a tight turn above southern English fields of Buckinghamshire with flying partner Alan Wade when the team was sponsored by the Rover Group. 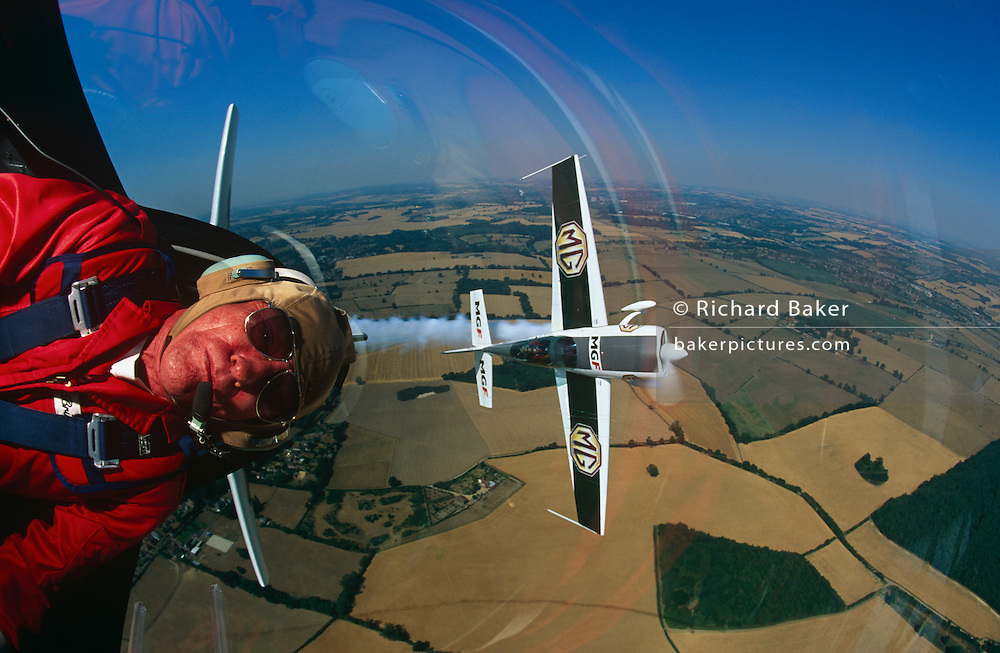