Two heads wearing aviation caps seen just over the striped wings of a WW2-era P-51 Mustang fighter plane during the world's largest aviation airshow at Oshkosh, Wisconsin, USA, at Oshkosh Air Venture, the world’s largest air show in Wisconsin USA. Close to a million populate the mass fly-in over the week, a pilgrimage worshipping all aspects of flight. The event annually generates $85 million in revenue over a 25 mile radius from Oshkosh. The event is presented by the Experimental Aircraft Association (EAA), a national/international organization based in Oshkosh. The airshow is seven days long and typically begins on the last Monday in July. The airport's control tower is the busiest control tower in the world during the gathering 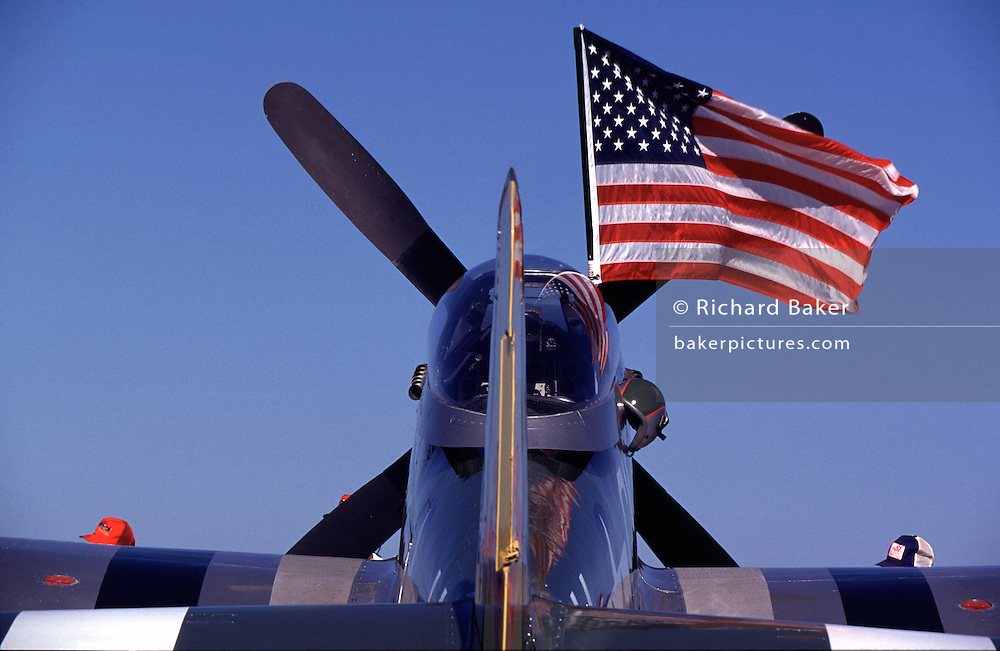