We see the head and shoulders of a man in military uniform who stands motionless beside the American flag. he is at a graduation ceremony for United States Air Force pilots who have just passed a week-long survival courseheld at the Fairchild Air Force Base, Spokane, Washington. Its highy-trained personel conducts a survival, escape and evasion course which combat pilots and air crew need to pass before rejoining their units for real-time warfare. Conducted, in hangars and the surrounding forests, it forms part of an extensive physical and psychological assessment of young aviators on active service. In the future any one of them may be shot down behind enemy lines and need to use the lessons passed-on here to help facilitate their rescue by US forces. One pilot who passed this course in 1991, himself a Spokane-born boy, was F-16 pilot Scott O'Grady. He put his skills learned here to the test while evading Serb forces before being airlifted to safety and a hero's Presidential welcome. 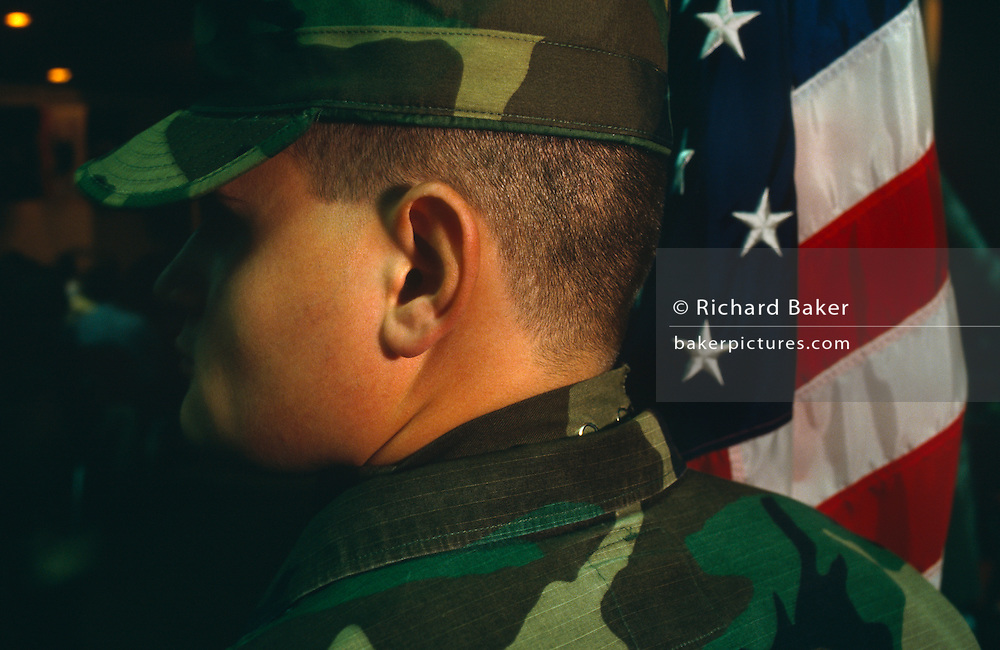