The flight-deck crew of a Sri Lankan Airlines A340-300 series Airbus - registration number 4R-ADE - perform a series of pre-flight checks before a scheduled departure, while on the apron at Malé international airport in the Republic of the Maldives. Featuring electronic instruments it is known as a 'glass cockpit' and using a printed checklist manual, they methodically work through dozens of complex systems that require accurate input before the aircraft is ready for take off. Flight navigation computers, fuel and engine settings and radio frequencies all need programming by the two pilots, the captain on the left and the First Officer on the right. These modern airliners have only two pilots in a modern flight-deck as technology superceeded the need for a third member, the flight-engineers of a previous era of aviation. 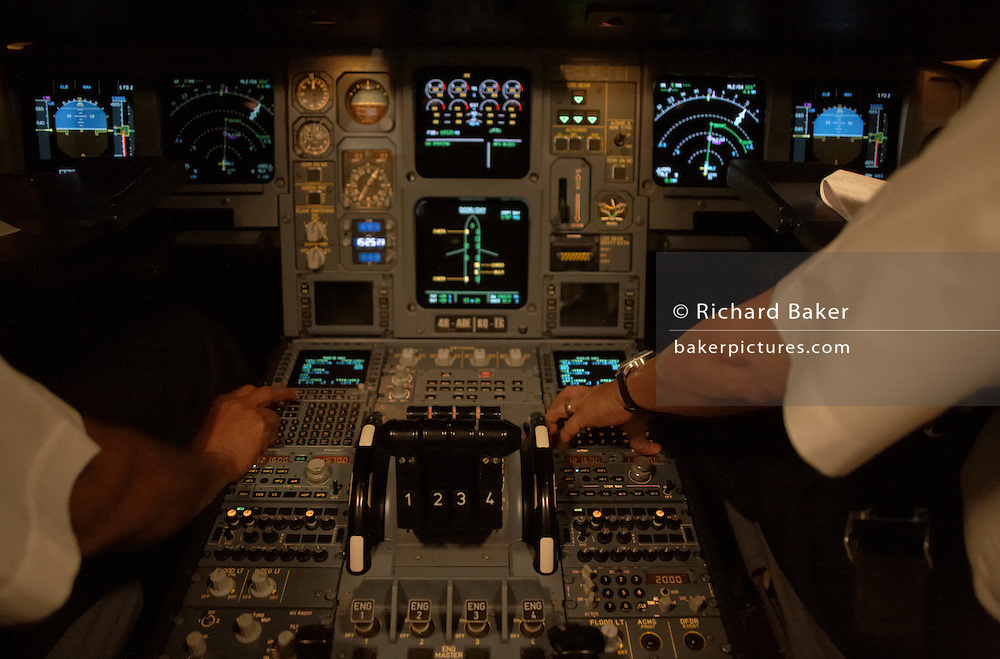