Detail of a rusty Wartburg 312 car standing at the kerbside in an eastern Berlin district. A sticker with the letters DDR as the German Democratic Republic (DDR in German and GDR in English) as East Germany was called during the Cold War. Any car was a highly-prized possession when ownership of luxury goods like vehicles aroused suspicion for other than Communist Party officials. This car may have been someone of rank or influence. The GDR was a self-declared socialist state, referred to in the West as a "communist state" in the Soviet Sector of occupied Germany created after the second world war and partitioned when DDR leaders built the Berlin Wall that eventually segregated Germany and Europe. The East Germany state existed from 7 October 1949 until 3 October 1990 and was a potent symbol of a divided Europe during the Cold War... 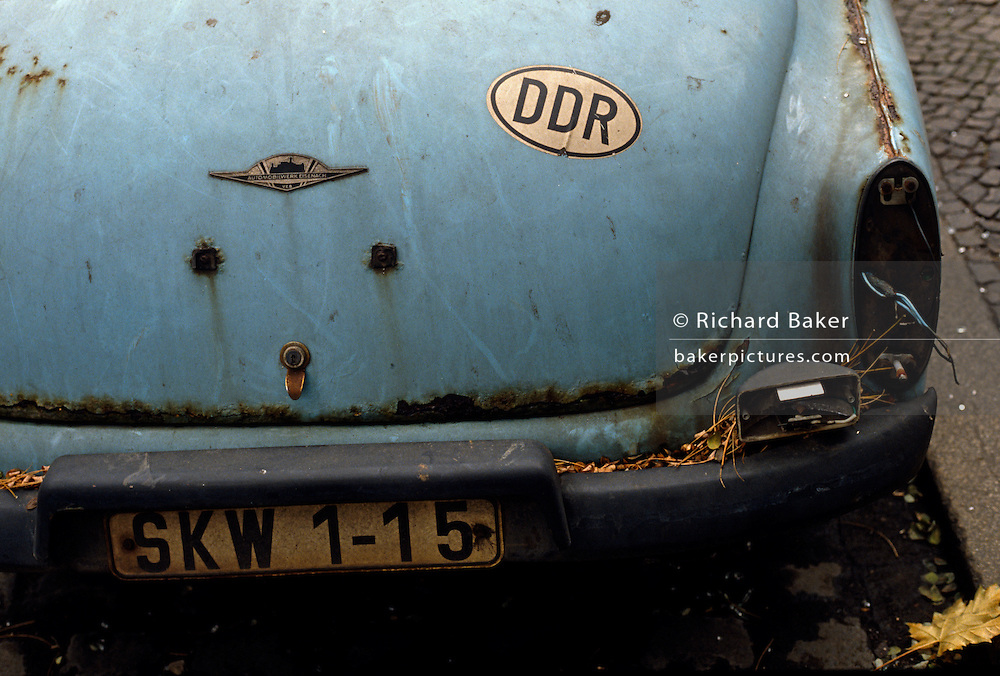