In the kitchen on a Sunday morning, space-suited frequent flyer astronaut Alan Watts reads the Sunday newspaper while his wife empties the dishwasher in his north London home, England. Alan, 51, runs an electrical company and qualified for a free space space flight after being contacted by Sir Richard Branson's Virgin Galactic space company, having accumulated 2 million air miles on the Virgin Atlantic flight network. Aboard the re-usable space vehicle will be 6 passengers, each of whom will have paid $200,000 for the 40 minute flight to 360,000 feet (109.73km, or 68.18 miles) and to experience just 6 minutes of weighlessness. Flights start around 2009/10 from a Mojave desert test facility but therafter, at the new Philippe Starck-designed SpacePort America, New Mexico, USA. a 27 square mile, $225 million headquarters facility near Las Cruces. . 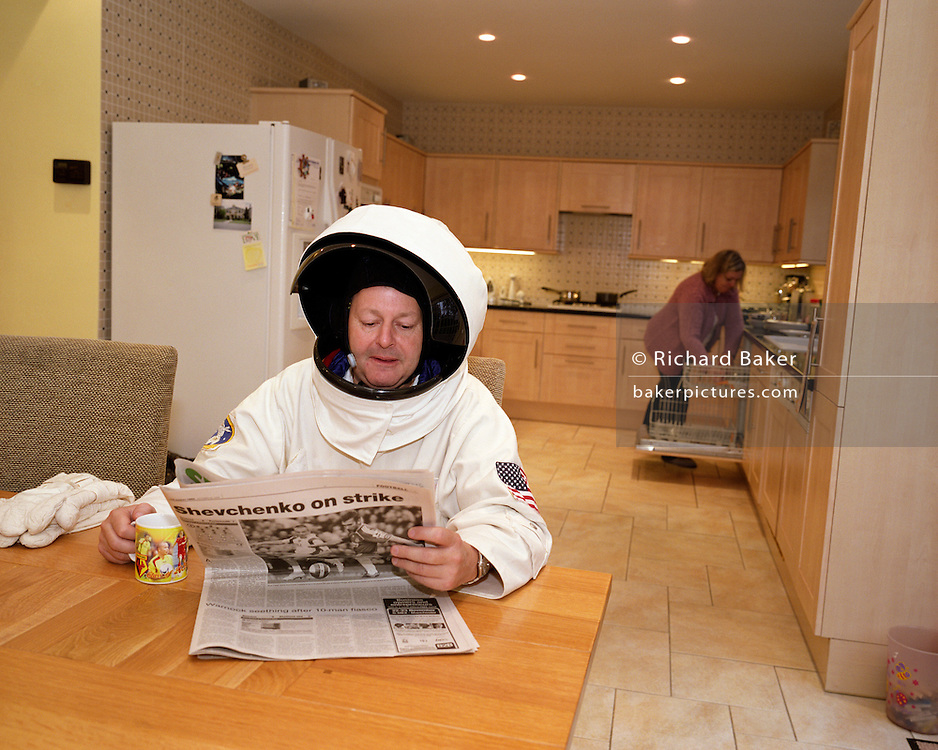