A young couple admire the Bomber Command War Memorial on 16th March 2017, in Green Park, London, England. The 9-foot (2.7 m) bronze sculpture of seven aircrew, designed by the sculptor Philip Jackson look as though they have just returned from a bombing mission and left their aircraft. The figures represent L-R: Navigator, Flight Engineer, Mid-upper gunner, Pilot, Bomb aimer, Rear gunner and Wireless operator. The Royal Air Force Bomber Command Memorial is a memorial in Green Park, London, commemorating the crews of RAF Bomber Command who embarked on missions during the Second World War. The memorial was built to mark the sacrifice of 55,573 aircrew from Britain, Canada, Czechoslovakia, Poland and other countries of the Commonwealth, as well as civilians of all nations killed during raids. Queen Elizabeth II unveiled the memorial on 28 June 2012, the year of her Diamond Jubilee. 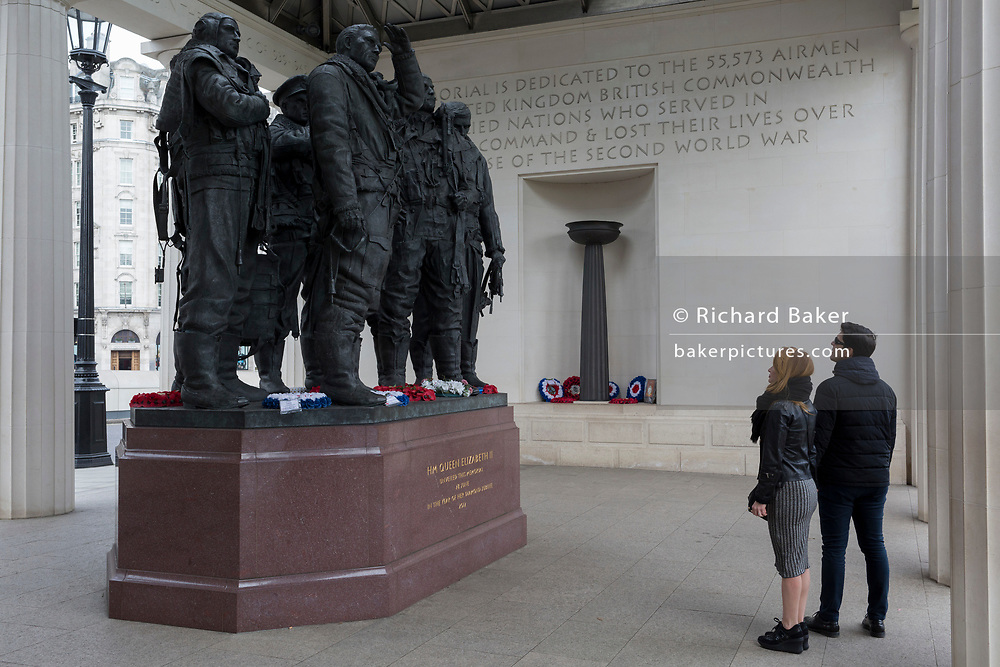