An aerial view of sunbathing individuals, couples and families, on a sandy beach cove, on 12th July 2016, at Cascais, near Lisbon, Portugal. A couple of parasols shade some, and others are topless but otherwise the crowd enjoy the fierce, mid-day heat and sunlight at this seaside resort, a short train ride west from the Portuguese capital. Cascais is a coastal town and a municipality in Portugal, 30 kilometres (19 miles) west of Lisbon. The former fishing village gained fame as a resort for Portugal's royal family in the late 19th century and early 20th century. Nowadays, it is a popular vacation spot for both Portuguese and foreign tourists and located on the Estoril Coast also known as the Portuguese Riviera. (Photo by Richard Baker / In Pictures via Getty Images) 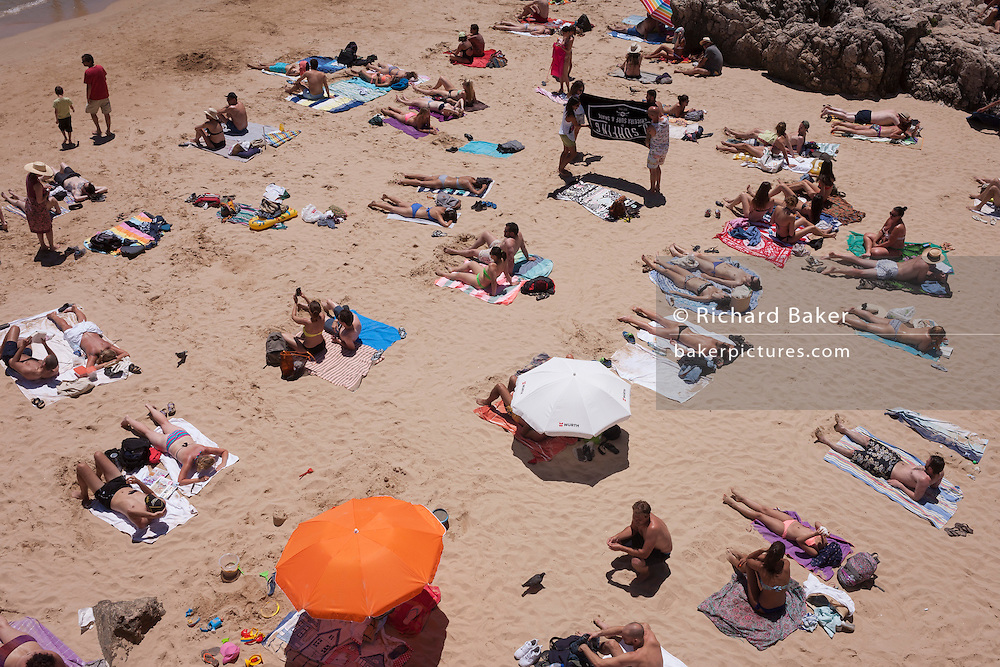