A detail of a Welsh Guard's red tunic uniform including a medal for service in Northern Ireland. Polished button and a faultlessly clean surface proves the high standards expected by this famous British army regiment. The Welsh Guards (Gwarchodlu Cymreig) part of the Guards Division, is one of the Foot Guards regiments of the British Army. The Welsh Guards came into existence on 26 February 1915 by Royal Warrant of His Majesty King George V in order to include Wales in the national component to the Foot Guards. 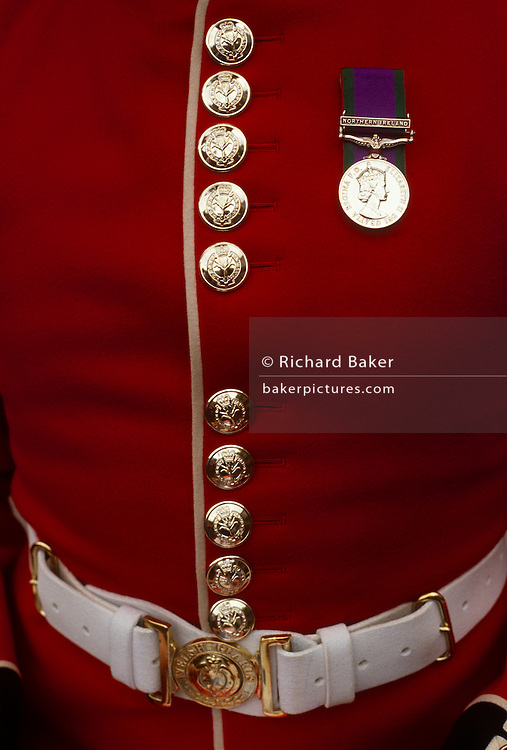