Forensic investigators and police officers stand on the wreckage of The Marchioness pleasure boat, on 20th August 1998 on the river Thames in London, England. The Marchioness disaster resulted in a fatal collision between two vessels on the River Thames in London on 20 August 1989, which resulted in the drowning of 51 people. The pleasure steamer Marchioness sank after being pushed under by the dredger Bowbelle, late at night close to Cannon Street Railway Bridge. (Photo by Richard Baker / In Pictures via Getty Images) 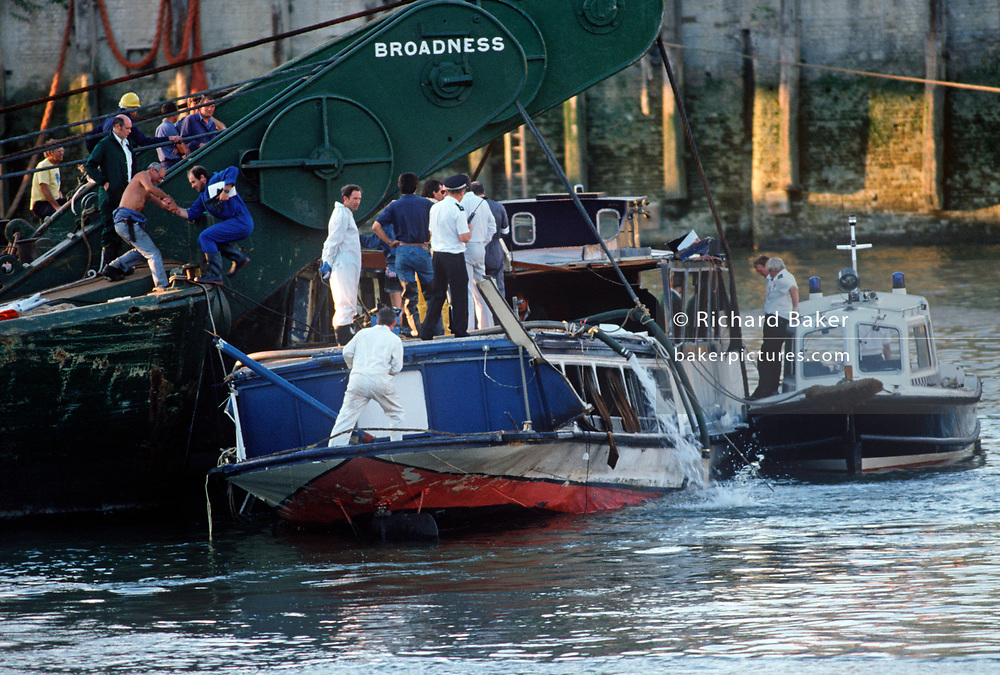